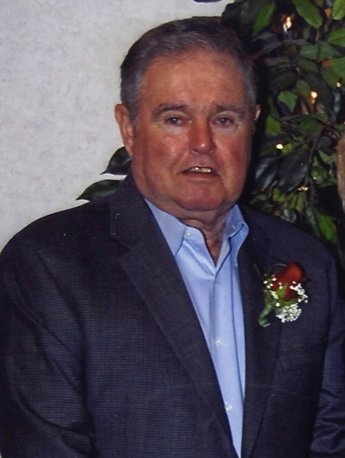 Obituary of Paul A. Sabourin

Paul A. Sabourin, age 77 of Halfmoon passed away very peacefully with his wife and daughter at his side on Saturday, September 14, 2019. Born on May 23, 1942, he was the son of the late Leopold and Geneva Sabourin. He was predeceased by his sisters Doreen (Bill) Gates and Judith Bruno, his brothers Ronald and Edward Sabourin, and his brother-in-law Kenneth Charbonneau.

Paul went to Shenendehowa Central School and spent his career as a Superintendent for C.D. Perry & Sons Inc. in Troy, NY for 48 years, retiring in 2008. Construction was his passion!  He had incredible vision and creativity for anything he built whether it was work on the Erie and Champlain Canal Locks, Green Island Bridge, and Freeman’s Bridge, in addition to many throughout New York State.  His work also included construction on the South Mall in Albany and projects for many Power Companies.  He was always thinking of the strongest and biggest way to construct, improve or fix anything!Speed was in his blood beginning with his 1958 Oldsmobile “Yellow Bird”. He enjoyed Sunday afternoons watching NASCAR, especially rooting for his favorite driver #48 Jimmie Johnson. He loved to travel with his wife to Florida to Daytona International Speedway for Speedweeks and Volusia County races. For over 55 years he spent Friday nights enjoying the races at the Albany-Saratoga Speedway in Malta. He also made annual trips to the Syracuse Fairgrounds and Oswego Speedway.  He enjoyed poolside get-togethers with family, great friends and neighbors at his amazing Tiki Bar he created.He was a very proud man of great strength, known for his incrediblework ethic.  He truly enjoyed being outside planting trees, spending hours mowing the lawn, digging with his excavator, plowing snow with his “Massey” and thousands of hours working in his workshop he called his “Barn.”

Calling hours will be held on Wednesday from 4 to 8 p.m. at the Catricala Funeral Home Inc., 1597 Route 9, Clifton Park, with a funeral Mass on Thursday at 9 a.m. at St. Mary’s Church in Crescent. Burial will be in St. Mary’s Cemetery in Waterford.

Paul always knew how to build a special relationship with all his doctors and nurses.  We are forever grateful to Dr. Benton, Dr. Coppola, Dr. Hausner, Dr. Schlossberg and especially Dr. Steve Sgambati.

However, the greatest foundation he ever built was for his “Shug” and Jo Ann.

Share Your Memory of
Paul
Upload Your Memory View All Memories
Be the first to upload a memory!
Share A Memory
Plant a Tree