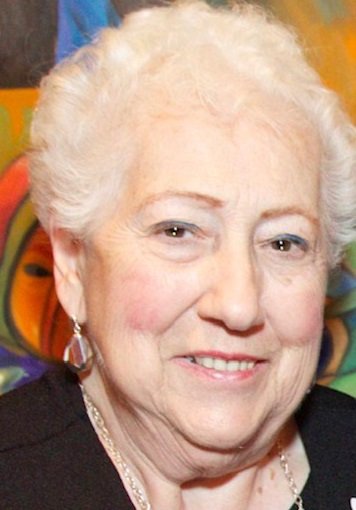 Theresa Mary Micklas was called home on October 27, 2019 after a brief illness. Theresa was born in Mechanicville, on January 1, 1931 to Henry and Angelina Richards. Theresa married Francis Micklas on September 21, 1952 and they had three sons. Theresa and Frank raised their sons in Clifton Park.

Theresa went to work for the Shenendehowa school system spending over 30 years in food services and retired as the manager of the high school cafeteria.  In her retirement years she often went back to substitute at the school, she enjoyed being with her co-workers and the kids. Frank passed away on June 24th, 1989. Theresa continued to live in the home they built together in Clifton Park until she moved to the Independent Senior Community, Falcon Trace, last year. Theresa has been a devoted member of Saint Mary Crescent Church where she served on numerous committees and relished the relationships of her fellow parishioners. Theresa has spent her retirement years as a member of the Halfmoon Senior Center, she enjoyed bocce ball, shuffleboard, planning bazaars, taking trips and spending time with her many close friends at the center. Theresa had a love for bowling and participated on a league for many years until just last year.

In celebration of Theresa's life, a mass of Christian Burial will take place on Saturday, November 2nd at 9 a.m. at Saint Mary’s Church in Crescent, 86 Church Hill Rd., Waterford.

In lieu of flowers contribution can be made in Theresa's memory to the Salvation Army.

Share Your Memory of
Theresa
Upload Your Memory View All Memories
Be the first to upload a memory!
Share A Memory
Send Flowers