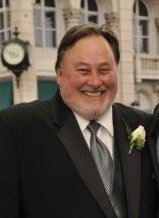 Obituary of Mark A. Carota

Mark A. Carota, age 66 passed away at home on Tuesday, December 24, 2019. Born on December 30, 1952, he was the son of the late Leonard and Mary Carota. Mark was the founder of Mark’s Automotive in Clifton Park, recently retiring after 46 years. He graduated from Shenendehowa High School in 1971. He loved car collecting, and was an avid outdoorsman, hunting for many years. Most of all, he enjoyed spending time with his family and grandchildren as well as at his home on Sacandaga Lake. He was a tremendous life force with a gigantic heart. Mark was known for his wonderful but eccentric sense of humor and his entertaining stories, which he loved to repeat often. The craps tables at the local casinos will now be far less interesting. He will be deeply missed and is survived by his daughter Catherine (Keith Grossman) Carota, sons Mark A. (Jyllian) Carota II, and Michael (Sandra) Carota, his former wife and mother of their children, Patricia Carota, and his brothers Leonard (Kate) Carota Jr., and Dominic (Stephen Sipperly) Carota. He is also survived by his cherished grandchildren Mark A. Carota III, Ellie Grace Grossman, and Michael, Zachary, and Owen Carota. A memorial gathering will be held on Sunday, December 29th from 10 to 11 a.m. at the Catricala Funeral Home Inc., 1597 Route 9, Clifton Park. In lieu of flowers, please tune-up your car and check the air pressure in your tires – Mark would have wanted that. If you wish donations may be made to the American Heart Association by going to www.heart.org.
To plant a tree in memory of Mark Carota, please visit Tribute Store
Sunday
29
December

Share Your Memory of
Mark
Upload Your Memory View All Memories
Be the first to upload a memory!
Share A Memory
Plant a Tree