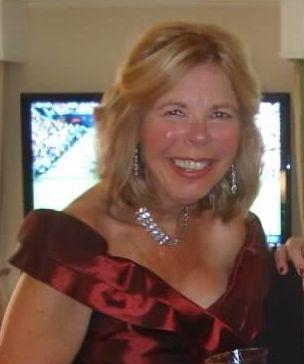 Lynda M. McDermott, age 63 of Rexford passed away peacefully after a long illness on Sunday December 27, 2015 surrounded by her loving family. Born on March 18, 1952, in Brooklyn, she was the daughter of Arlene Donovan and the late Peter Donovan. Lyn was a 1970 graduate of Bethlehem Central High School and graduated from Vermont College in 1972. She worked as an office manager for a number of medical practices in Albany and Clifton Park. She enjoyed boating on Lake George with her family and friends, and made many friendships within her book group. Most of all, she loved spending time with her children, grandchildren, and extended family. She is survived by her husband of 43 years, Taylor McDermott, son Ryan (Gina) McDermott, daughter Kelly (Joshua) Kisselbrack, mother Arlene Donovan, sister Gail (Thomas) Donovan, mother-in-law Mary Jane McDermott, brother-in-law Randy (Holly) McDermott, grandson Donovan Kisselbrack, nephews Shawn and Kevin, and nieces Kelsey and Colleen. The family would like to thank the doctors, nurses, and staff of St. Peter’s Hospital for all of their wonderful care and compassion that they provided Lyn. Calling hours will be held on Wednesday from 4 to 8 p.m. at the Catricala Funeral Home Inc., 1597 Route 9, Clifton Park, with a funeral service on Thursday at 10 a.m. at Prince of Peace Lutheran Church, 4 Northcrest Dr., Clifton Park. Burial will be in Saratoga National Cemetery. In lieu of flowers, donations may be made in her memory to American Cancer Society, P.O. Box 22478, Oklahoma City, OK 73123 or by going to donate.cancer.org.

Share Your Memory of
Lynda
Upload Your Memory View All Memories
Be the first to upload a memory!