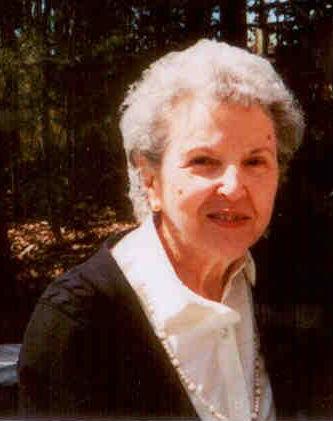 Antoinette Volpe, age 93 of Mechanicville passed away on Wednesday June 11, 2014 at Saratoga Hospital. Born on November 3, 1920 in Utica, she was the daughter of the late Michael and Celeste Mezzanini. She was predeceased by her husband of 58 years, John P. Volpe, and grandson Joseph Miller Jr, and six siblings. Antoinette was a pattern maker for the Korell Dress Factory in Mechanicville. She loved to crochet and knit, and was a member of the Mechanicville Senior Center. She was a loving and devoted mother, grandmother, and great-grandmother and every one of her grandchildren was special to her. Her whole family gravitated toward her warm personality and smile. She is survived by her daughter Madeline (Joseph) Miller, son John (Paula) Volpe, sister Celeste (Larry) Hurst, and grandchildren Mary Anne (David) Miller Pogan, Christopher (Kristin) Miller, Lara Miller, John Paul (Dottie) Volpe, Jennifer (Bob Perreault) Volpe, and Jeffery (Trevor Shaw) Volpe, and 9 great-grandchildren. Calling hours will be held on Sunday from 2 to 5 p.m. at the Catricala Funeral Home Inc., 1597 Route 9, Clifton Park, with a funeral Mass Monday at 9:30 a.m. at Assumption St. Paul Church in Mechanicville. Interment will follow at the Saratoga National Cemetery. Donations may be made in her memory to the Community Hospice of Saratoga, 179 Lawrence St., Saratoga Springs, NY 12866.

Share Your Memory of
Antoinette
Upload Your Memory View All Memories
Be the first to upload a memory!