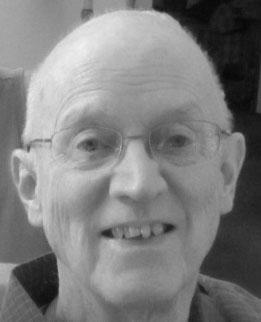 Thomas E. O'Donnell, age 85 of Clifton Park died January 16, 2014. He was born July 24, 1928 in Troy. He was predeceased by his beloved wife of 52 years, Patricia M. O'Donnell. Tom was a graduate of LaSalle Institute, Siena College and a U.S. Army veteran. He retired from General Electric after a 33 year career as a financial manager. He was a 48 Year communicant of St. Edward's Church in Clifton Park, where he had served as a Trustee and on the Parish Council. He will be remembered for his wonderful sense of humor, kindness to all, and devotion to his family. He was truly loved and will be missed by all who knew him. Tom is survived by his children Thomas of Syracuse, Maureen of Rochester, Robert (Karen) of Niskayuna, David (Janet) of New York City, and Colleen of Philadelphia. His grandchildren Kayla, Daniel, and Megan. He is also survived by his brothers: James of Latham, Joseph of Troy, and Fr. Frank of Maryknoll, as well as many nieces and nephews. Calling hours will be held on Monday from 3 to 7 p.m. at the Catricala Funeral Home Inc., 1597 Route 9, Clifton Park, with a funeral Mass Tuesday at 10 a.m. at St. Edward’s Church in Clifton Park. Burial will be in Saratoga National Cemetery. Contributions in Tom’s memory may be made to the Clifton Park- Halfmoon Emergency Corps, 15 Crossing Blvd. Clifton Park, NY 12065.

Share Your Memory of
Thomas
Upload Your Memory View All Memories
Be the first to upload a memory!