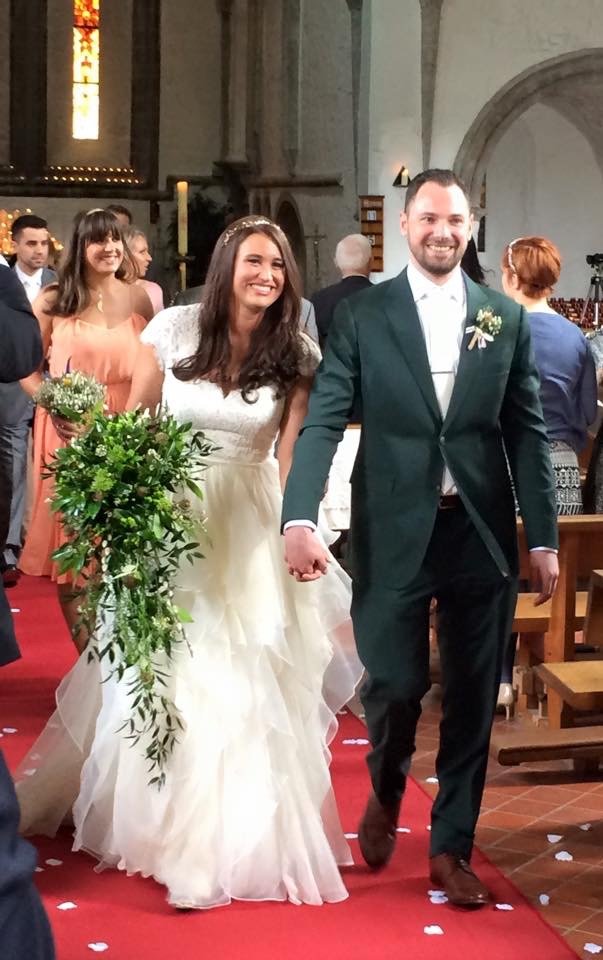 Caitlin J. Holtzman, age 32 of New York City passed away on Saturday, May 25, 2019 along with her husband JohnJohn Heneghan as a result of a suspected drunken driver colliding with their vehicle in Clifton Park, N.Y. Born on October 31, 1986, Caitlin was the daughter of Donald and Claudia Holtzman of Elizabethtown, PA.  JohnJohn was born on February 20, 1986 and was the son of Thomas and Mona Heneghan of Tourmakeady, County Mayo, Ireland.

Caitlin graduated from Lower Dauphin High School, Hummelstown, PA in 2005.  She attended The Pennsylvania State University and graduated in 2009 with bachelor degrees in Business and Communications.  She earned her master’s degree in communications from Northwestern University in 2011.  Caitlin owned her own media company, Mediablage. Throughout her brief career, Caitlin worked with clients from around the world.

JohnJohn graduated from Coláiste Mhuire, Tourmakeady, Ireland in 2004 and later attended Limerick Institute of Technology. His early career involved international opportunities finally to include the US. After coming to America, his construction career spanned working for several firms in the Manhattan area. JohnJohn was currently a Project Supervisor for AECOM Tishman in New York.

In addition to her parents, Caitlin is survived by her grandmother, cousins, aunts, uncles, nieces and nephews.

Beloved by family and many friends around the globe, the loving couple’s lives are being celebrated during a service at 1:00 p.m. on June 8, 2019 at the Derry Presbyterian Church in Hershey Pennsylvania. (The service will be live streamed from Derrypres.org - choose Worship and Streaming).  Following the memorial in the U.S., a Funeral Mass/Memorial Service will be held in Tourmakeady, Ireland followed by the interment of ashes.  Arrangement will be announced at a later time.

Both the Heneghan and Holtzman families are requesting that in lieu of flowers, those wishing to make a contribution, make a donation in their names to MOTHERS AGAINST DRUNK DRIVING (MADD).  The deaths of these two wonderful young people are senseless and devastating. Donations will be used to combat drunk driving.

Share Your Memory of
Caitlin Holtzman
Upload Your Memory View All Memories
Be the first to upload a memory!
Share A Memory
Plant a Tree