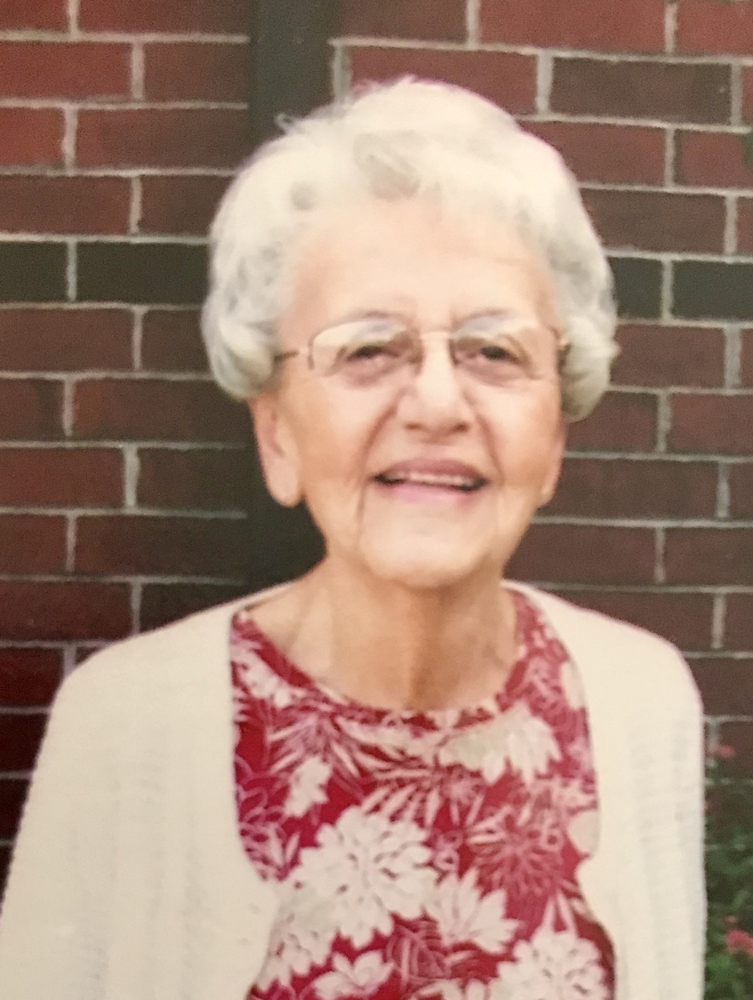 Cecelia Louise (Confortin) LaBelle passed away peacefully on Thursday, June 6, 2019. She was the daughter of the late Edward and Maria (Ferrari) Confortin. Cecelia was born on April 4, 1921, in Brooklyn, NY, the oldest of three children. The family moved to Richmond Hill, NY where Cecelia grew up. She graduated from John Adams High School in 1939, and worked as a secretary for a law firm, and during WWII for the War Department. She corresponded for 3 years with a soldier serving in the Persian Gulf, Clifford A. LaBelle. Upon his return from the war, they married in 1946. They were married for 38 years before Clifford passed away in 1984, after a 5 month illness. Cecelia worked as a school crossing guard for the Nassau County Police Dept. for almost 20 years, frequently being more like a “counselor” to all of the children and parents she encountered. In 1990, Cecelia moved to Clifton Park, NY to be nearer to her children and grandchildren.

Throughout the years Cecelia was always involved in club activities frequently rising to the position of President: a Professional Business Women’s club in Queens, NY, several AARP chapters both on LI and Clifton Park, NY, and the Shenendehowa Senior Center, co-chairing their fashion show for many years. She was a communicant of St. Edward the Confessor Church in Clifton Park.

Cecelia touched the lives of many people, and always went through her long life with a positive attitude. She was a strong, courageous, thoughtful and caring person, whose life will be missed by the many people who knew and loved her, but whose lives are richer for having known her.

Calling hours will be held on Tuesday, June 11 from 2 to 6 p.m. at the Catricala Funeral Home Inc., 1597 Route 9 in Clifton Park, with a funeral service Wednesday at 10:30 a.m. at the funeral home. Burial will follow in Saratoga National Cemetery.

In lieu of flowers, donations may be made to St. Edward the Confessor Church, 569 Clifton Park Center Rd., Clifton Park, NY 12065.

Share Your Memory of
Cecelia
Upload Your Memory View All Memories
Be the first to upload a memory!
Share A Memory
Plant a Tree