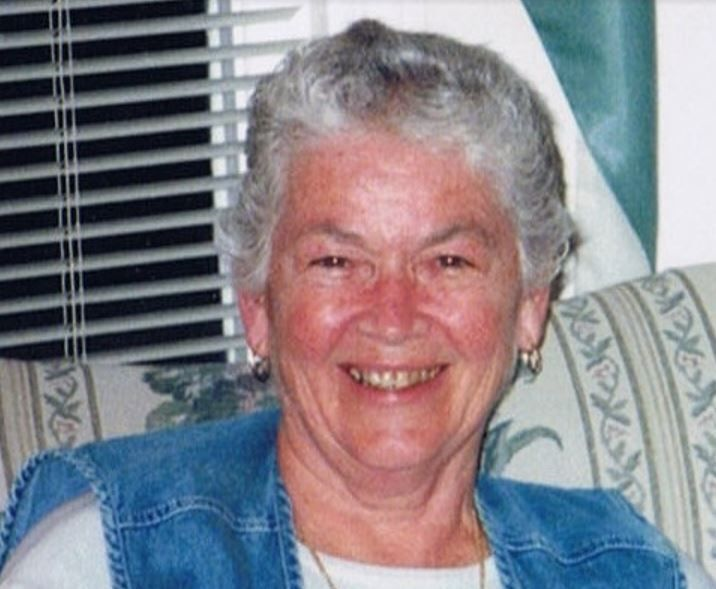 Ann Marie was born on March 29, 1937 in Harrisburg PA to Neal and Mary (Brady) Gallagher.  She entered into eternal rest at the age of 82 on July 18, 2019 from complications related to Parkinson’s Disease and Lewey Body Dementia.  She moved to Glens Falls before starting kindergarten, and spent her school years at St. Mary Academy (SMA) in Glens Falls. After high school graduation, she worked for SMA for a few years before meeting her life partner and soul mate, Alfred Fiore.  They married in 1959 and enjoyed 45 years of marriage before his passing in 2004.  Ann worked briefly at Tech Hughes before beginning her motherhood role.  She was very civic minded.  She often attended Halfmoon Town meetings and also worked as the Deputy Town Clerk for a few years in the early 70’s.  She worked at the Clifton Park Bowling Alley during the morning women’s leagues while her kids were in school, and volunteered for the Meals on Wheels program, which she benefited from in her senior years.  She left the bowling alley and began another career at the Watervliet Arsenal, starting as a time keeper, then as a secretary, and finished many years later as an EEO counselor and a Sexual Harassment instructor.  She loved her jobs, but was forced to retire to take care of Al who was suffering from Alzheimer’s disease.  During her retirement, she worked one day a week at Manheim Auto with her brother Jim, handling purchase transactions.  She also became a volunteer Ombudsman in Saratoga County and oversaw people’s needs at an Assisted Living Facility in Mechanicville and then at Schuyler Ridge Nursing facility where she eventually became a resident herself.  Ann and Al spent many years traveling in the United States.  They loved to camp, hike, canoe, and dance, and even won a dance contest one fun night.  Ann was committed to serving others in their time of need, and being the best mother to her kids and wife to Al.   Ann is predeceased by her parents, her husband, Al, her sisters Mary and Rita, her brother Neal, and her brother-in-law and sister-in-law Guy and Bea Fiore.  She is survived by her children Vincent (The late Jon Lorigan), Mary, Diane (Brian Sikorski), Paul, and Matthew (Deborah Davis), her brother Jim (Roberta) Gallagher, her brother-in-law Adolph Fiore (The late Mary Pickett Fiore), and many nieces, nephews, friends, and her cat, Dreyfus who provided companionship for the many years she lived without Al.  Ann faced life with humor, compassion, and loyalty, and never missed an opportunity to guide someone in need or to just sit and listen.  She was admired for her calmness and ability to accept life as it unfolded.  Ann faced her aging years with bravery and grace, and never lost her ability to smile and to recognize the gifts that her friends and caregivers gave so unselfishly to her. Her family is forever indebted to her special friends Tammie Zlotnick, Cathy Madej, and Bonnie Hatlee who sat and cared for her during many hours, days, and months at Schuyler Ridge, to the skilled and caring staff at Schuyler Ridge Nursing Facility in Clifton Park, and to the kind and compassionate Hospice staff who guided Ann and her family, and provided comfort during the last leg of her earthly journey.

Calling hours will be held on Monday from 4 to 8 p.m. at the Catricala Funeral Home Inc., 1597 Route 9 in Clifton Park, with a funeral Mass Tuesday at 9 a.m. at St. Mary’s Church in Crescent. Burial will follow in Saratoga National Cemetery.

Please don’t spend money on flowers.  Ann thought they were beautiful, but she would be so very happy if donations were made to the Capital City Rescue Mission, 259 S Pearl St, Albany, NY 12202, or to the Schuyler Ridge Resident Activity Fund, 1 Abele Blvd., Clifton Park, NY 12065.

Share Your Memory of
Ann
Upload Your Memory View All Memories
Be the first to upload a memory!
Share A Memory
Send Flowers