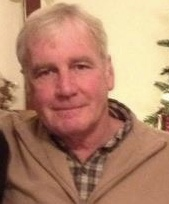 Phillip T. Lyte died at home on October 5, 2019 after a brief illness.

His 66 years are marked by an affection for nature, love of literature, quirky humor, strong work ethic and sense of duty to others. Phil was kind to humanity, especially people who were down and out. As a longtime community volunteer, Phil would collect bottles and cans to advance the luck of a homeless stranger and he gifted toys and clothes to parents who could not afford Christmas presents for their children. He introduced many people to their first home computer and the internet. Phil’s recipe for a perfect summer, his favorite season, included morning dips in his swimming pool, afternoons at the Saratoga Race Course, a Cape Cod family vacation and plenty of ice cream sundaes. He loved planting flowers and scoring a good bargain. An avid note-writer, Phil imparted jokes and wisdom on scraps of paper tucked into school lunch bags or taped to the car steering wheel: “Smile and be happy — it is all that really matters,” “Worrying does nothing positive and can have negative effects, as well. Live in the moment there girl. It is the only way to fly.” Fatherhood was Phil’s greatest role; he shared a legendary bond with his daughter. He was also dedicated to his mother and, particularly after his father’s death, took on all of her landscaping and yard work while still finding time to take her on adventures to museums, historical sites and gardens. He adored and admired his wife of 33 years.

Phil attended Maple Hill High School and graduated from SUNY Albany with a degree in English. He worked at the Watervliet Arsenal where he was a management analyst until his retirement in 2009. He was a dedicated volunteer at the Saratoga County Economic Opportunity Council.

Phil is predeceased by his father Phillip C. Lyte, his mother Helen T. Lyte (Hill) and his sister Lynne Landrigan. He is survived by his wife Carol (Lembo); his daughter Brittany; his sisters Elaine, Kerry, Colleen Wood (Ray) and Melanie (Harold Sperazza); his brother-in-law Ralph Lembo (Lori) an aunt, nieces, nephews and cousins.

In lieu of flowers, Phil would like donations made in his name to: The Saratoga EOC, 39 Bath Street, PO Box 169, Ballston Spa, NY 12020 or donate online at https://saratogaeoc.org/donate/

Share Your Memory of
Phillip
Upload Your Memory View All Memories
Be the first to upload a memory!
Share A Memory
Plant a Tree