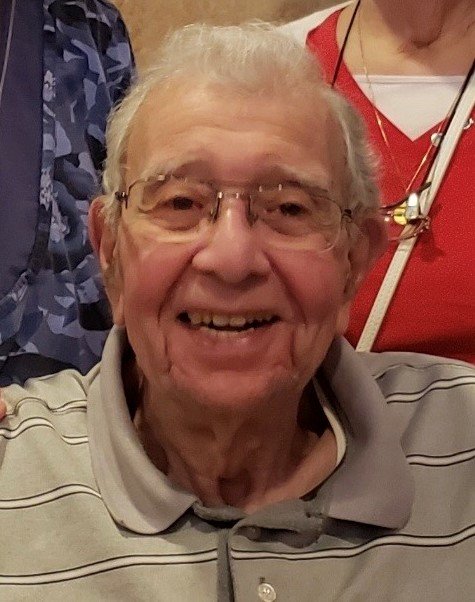 Patsy J. “Patrick” Monachino, age 86 of Clifton Park passed away at home on Wednesday February 19, 2020. Born on March 1, 1933 in Auburn, NY, he was the son of the late Saverio and Giovanna Monachino. He was predeceased by his son-in-law, Anthony Orlando, daughter-in-law Cheryl Monachino and his brothers Salvatore and Joseph Monachino. Patrick graduated from LeMoyne College, and served in the US Army’s 7th Division, spending 17 months in Korea. After returning from Korea, he began his career as a social worker. He worked for the Albany County Dept. of Social Services, NYS Boys Training School in Middletown, NY, and for CSEA in Albany as a collective bargaining specialist. He last worked as a social worker for the Saratoga County Dept. of Social Services in the Child Abuse Division. He was a longtime communicant of St. Mary’s Church in Crescent, and was a member of the Halfmoon Seniors. He also volunteered in prison ministry. He is survived by his wife, Johanna G. Monachino, daughter, Joanna Orlando, sons Sam Patrick Monachino, and Jerome Patrick (Claire) Monachino, and sister Mattia Scro. He is also survived by his grandchildren Patrick, Angela, Elizabeth, Olivia, and Dominic, and five great-grandchildren. Calling hours will be held on Saturday from 11 a.m. to 1 p.m., with a funeral Mass at 1 p.m. at St. Mary’s Church in Crescent, 86 Church Hill Rd. Burial will be in Saratoga National Cemetery at a later date. In Lieu of flowers, donations may be made to St. Anne’s Shrine, 92 St Anne's Rd. Isle La Motte, VT 05463.
Saturday
22
February

Share Your Memory of
Patsy
Upload Your Memory View All Memories
Be the first to upload a memory!
Share A Memory
Send Flowers