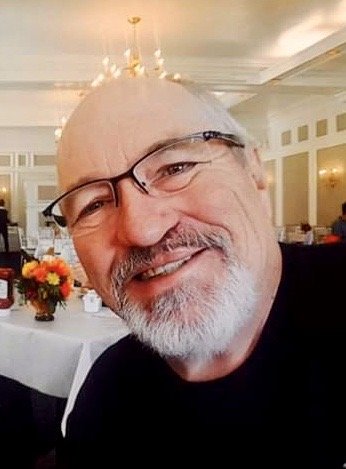 Michael P. Bonesteel, age 65 of Halfmoon passed away on Wednesday, March 11, 2020 after a short illness. He was the son of the late Frederick and Mary (Kane) Bonesteel. Mike was a 1973 graduate of Shenendehowa, where he played baseball and football. He retired after a 35-year career with NYNEX, Bell Atlantic, and Verizon. He enjoyed coaching football and softball teams including Miss Shen and Jr. Plainsman, and he had many hobbies including a stint as a pro bass fisherman, playing golf, hunting, motorcycles, classic cars, English bulldogs, and collecting Winston Churchill and WWII memorabilia. Mike was a passionate fan of the NY Giants and never missed a game. He was an avid guitar player and played many shows with his band; The Road Kings. He is survived by his loving wife of 43 years, Dianna Bonesteel, daughter Nichole (Michael) Wilt, and son Daniel Bonesteel, sister Kathleen (Ken) Dougherty, and many nieces and nephews. The family would like to thank the wonderful medical staff at St. Peter’s Hospital and Albany Medical Center for the excellent care that they provided. Calling hours will be held on Sunday, March 15th from 12 to 4 p.m., with a service at 3:30 p.m. at the Catricala Funeral Home Inc., 1597 Route 9, Clifton Park. In lieu of flowers, donations may be made to the St. Jude’s Children’s Research Hospital, 501 St. Jude Place, Memphis, TN 38105 or by going to www.StJude.org.
Sunday
15
March

Share Your Memory of
Michael
Upload Your Memory View All Memories
Be the first to upload a memory!
Share A Memory
Send Flowers