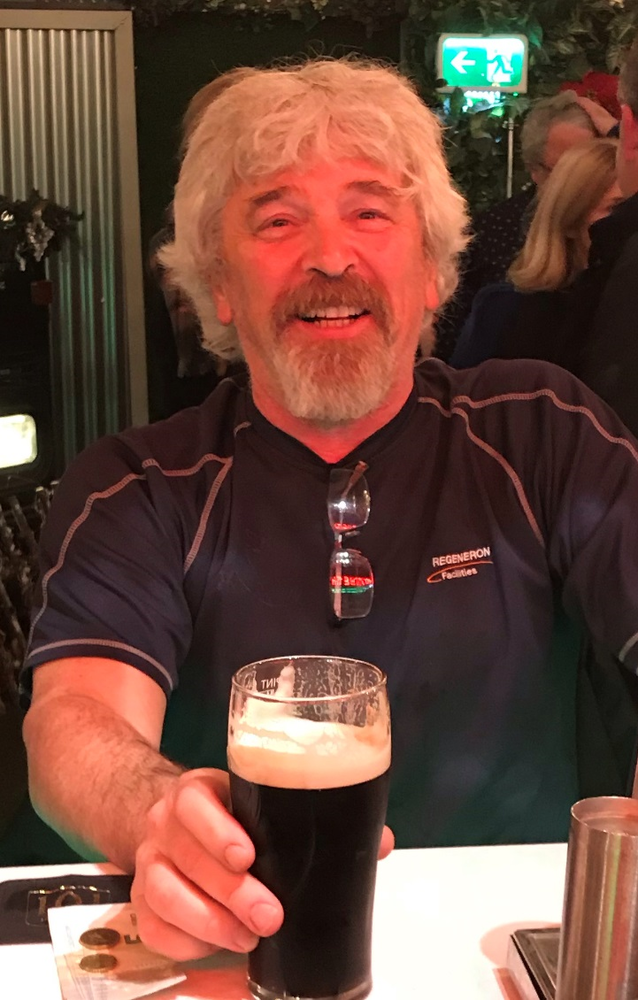 Martin E. Corbett, age 56, of Clifton Park passed away peacefully in his home on Tuesday, April 21, 2020 surrounded by his loving family. Born on January 16, 1964, he was the son of Michael Corbett and the late Rose Hanzlick. Marty served in the US Navy and worked as a lead technician for Regeneron Pharmaceuticals. He enjoyed spending his time hunting and was an avid fan of the LA Rams. He is survived by his loving wife, Kathryn Corbett; his children, Nicholas Corbett (Brittany Vogel), Emily Corbett (David Palmer), and Olivia Corbett (Benjamin Alden); his father, Michael (Joanne) Corbett; his siblings, Michael (Kelly) Corbett, Francis (Richard) Giroux, and Cindy Corbett, Daniel (Pamela) Corbett; his sisters-in-law, Deborah (Kevin) Kreis and Rebecca (Brian) Smith; his brother-in-law, Leo (Elizabeth) Keegan; and his several nieces and nephews. He is predeceased by his brother Austin Corbett. A memorial Mass will be held on Thursday, August 20 at 8:30 a.m. at Corpus Christi Church in Round Lake, with burial to follow at Saratoga National Cemetery. Donations can be made in his memory to the Leukemia & Lymphoma society by going to www.donate.lls.org.
Thursday
20
August

Share Your Memory of
Martin
Upload Your Memory View All Memories
Be the first to upload a memory!
Share A Memory
Send Flowers