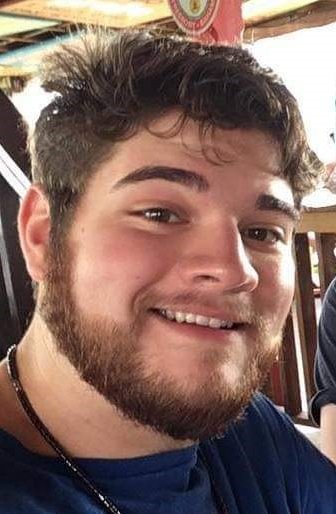 Cameron Furey, age 23 of Halfmoon passed away suddenly on Saturday, April 25, 2020. He was born on October 3, 1996, the son of Denise Lapointe Sidoti and Michael J. Sidoti. Cameron was a 2015 graduate of Shenendehowa High School and earned a degree in diesel mechanics from Hudson Valley Community College. He was employed as a diesel mechanic for Sysco Foods in Halfmoon, previously worked for Alan Parker former owner of Pirate’s Hide Out for several years. Alan had a great influence on Cameron and was also a mentor to him. He was a Ford Mustang enthusiast, was a member of the Gray Mustang Club, the Clifton Park Sportsman’s Club. Cameron was also an avid NASCAR, St. Louis Cardinals, Star Trek, and the musical group YES fan. Cameron also loved the outdoors. He is survived by his parents, Denise and Michael Sidoti, his best friend & brother Jack Schwenke, many beloved aunts, uncles, cousins, and friends, as well as, his beloved dogs Spencer and Oreo, and his tarantula Rosie. (In which, Rosie, was a ten-year wish come true) A celebration of life will be held at a future date. Please check back on the funeral home website for announcement. Donations may be made in Cameron’s memory to the Toys for Tots by going to toysfortots.org

Share Your Memory of
Cameron
Upload Your Memory View All Memories
Be the first to upload a memory!
Share A Memory
Send Flowers