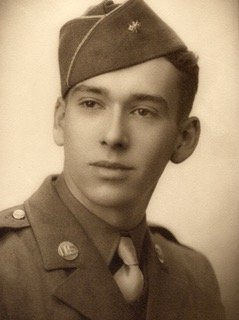 Robert Wallace Ferguson passed away peacefully at home on Sunday, June 28, 2020. Born in Jersey City, NJ in 1923 to Col. George F. Ferguson and Mildred Hicks, he served in the US Army during WWII along with his father, who had reentered the military after having served as a WWI pilot in France. After 4 years of engagements in Dutch New Guinea, Morotai Dutch Indies, the Philippines and Tokyo Japan, he returned home on Christmas Eve 1945. Robert enrolled in NYU and graduated with a B.S. Degree. While in college, he met and married Gloria M. Anderson of NYC in 1947. Over the years he was employed by IBM, RCA and others, before joining GE Switchgear in Philadelphia in 1961, and then GE Large Steam Turbine in Schenectady 1967, retiring in 1985 as Manager of Information Technology for GE Power Systems. Following family tradition established by his father, uncle and grandfather, Robert became Master Mason in the Beukendaal Lodge in Scotia, and served in Scottish Rites. During their 63 years of marriage, Robert and Gloria raised daughters, Linda McCoy, Laurie Snyder(John), and sons, Robert Jr., James and Thomas. They spent many happy years with family: fishing, swimming, sailing, skiing, hiking, golfing and traveling. They traveled to England, Ireland and Scotland, and also to Sweden, Norway, Bermuda, Cuba and Barbados. There were yearly winter stays in Myrtle Beach S.C., and numerous visits to friends on the coast of southern Maine, where they explored the maritime isles of the U.S. and Canada. 'Bob' enjoyed many hours walking along the Erie Canal in Vischers Ferry, where he could be seen with his beloved Weimaraners; Nika and her successor, Nike. Recently predeceased by his sister Jane Barnickel, Robert leaves behind a large and loving extended family of children, 3 generations of grandchildren, nieces and nephews. He reunites with his lifelong love, Gloria, who died in 2010, and is interred in the Saratoga National Cemetery. His favorite charities were Shriners Hospitals for Children and St. Jude Children’s Research Hospital, for those wishing to make a donation in his memory. A memorial service with military honors and interment will occur at the Saratoga National Cemetery at the convenience of the family.