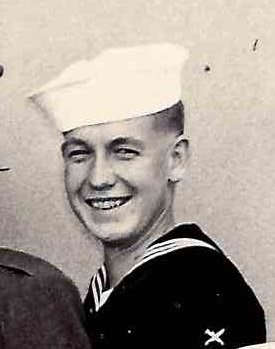 Charles Leo “Butch” Newell, age 80 of Halfmoon passed away peacefully after a short illness on Wednesday November 11, 2020. Born on May 8, 1940, he was the son of the late Fred and Etola Newell. Butch served in the US Navy as a Communications Technician Third Class. He worked at the Port of Albany for Texaco before working for Saybolt as terminal manager. He was a baseball umpire for Upper New York State Umpire Association and coached for the West Crescent Little League in the 70’s. Butch was a life member and was very active in the American Legion Post 1450 in Halfmoon, and the Elks Club in Watervliet. He is survived by his wife of 40 years; Diana West Newell, step-father to Robert L. (Dee) White, II, and Tammy L. (John) Ransford, 6 step-grandchildren, 3 step-great-grandchildren, and his children Robin (Scott) Zdunek, Tammy (Nick) Martin, Tracy (Dennis) Chevalier, and Tricia (Wayne) Erno, 7 grandchildren, and 10 great-grandchildren, and he was the beloved brother of Sandy Roy. He is also survived by a niece and a nephew. Calling hours will be held on Sunday, November 15, from 1 to 4 p.m. at the Catricala Funeral Home Inc., 1597 Route 9, Clifton Park, with a service on Monday at 12 p.m. at the funeral home. Burial will be in Saratoga National Cemetery. In lieu of flowers, donations may be made in his memory to American Legion Post 1450, 275 Grooms Rd., Clifton Park, NY 12065.
Sunday
15
November