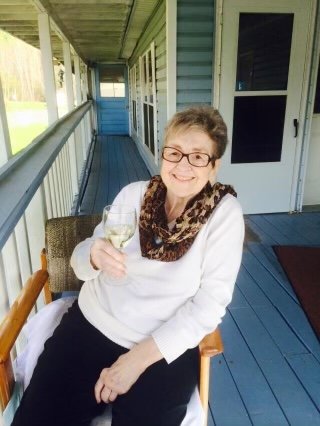 Please share a memory of Ann to include in a keepsake book for family and friends.
View Tribute Book
Ann P. Proctor, age 83 of Halfmoon passed away peacefully on Friday, November 27, 2020. Born on March 4, 1937, she was the daughter of the late James and Mary Carroll. She was predeceased by her husband John C. Proctor, son John Proctor and her grandchildren Steven Proctor Jr., Keith Proctor Jr., and Tina Proctor. Ann worked as a waitress for many area restaurants. She enjoyed her time in the Red Hat Society, the American Legion, and the Halfmoon Senior Center. Her greatest joy was spending time with her family. She is survived by her daughter Patricia Daignault, sons Steven (Helen) Proctor, Wayne (Nancy) Proctor, Rick (Derrie) Proctor, Keith Proctor, and Kevin (Karen) O’Brien, her sisters Josephine (Gerard) Vogue, and Marge Carroll, her brothers Jack (Lucille) Carroll and Leo (Marie) Carroll, and her daughter-in-law Vicki Proctor. She is also survived by 16 grandchildren, and 28 great-grandchildren. The family would like to thank her special friends Annette Briggs and Joe Paone for all of the excellent care they provided. Calling hours will be held on Tuesday, December 1st from 3 to 7 p.m. at the Catricala Funeral Home Inc., 1597 Route 9, Clifton Park, with a service on Wednesday at 11 a.m. at the funeral home. Burial will be in Waterford Rural Cemetery. In lieu of flowers, donations may be made in her memory to the Saratoga County Animal Shelter, 6010 County Farm Rd, Ballston Spa, NY 12020.
Tuesday
1
December

Share Your Memory of
Ann
Upload Your Memory View All Memories
Be the first to upload a memory!
Share A Memory
Send Flowers
Plant a Tree