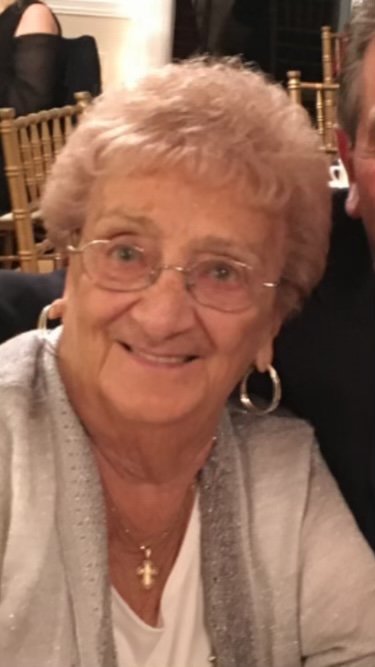 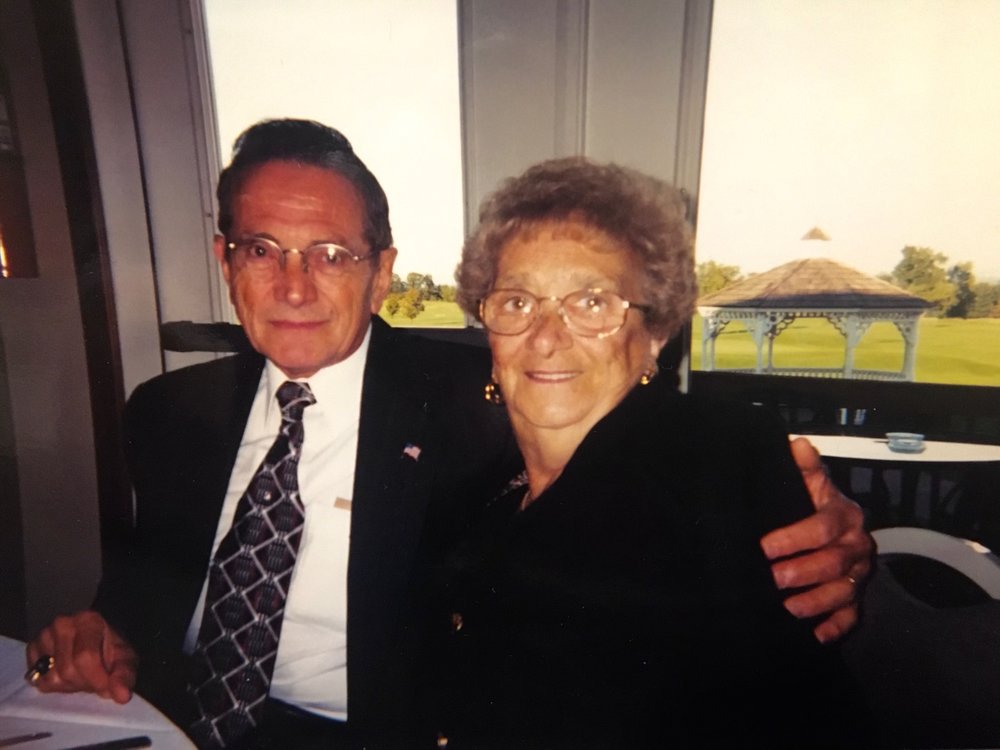 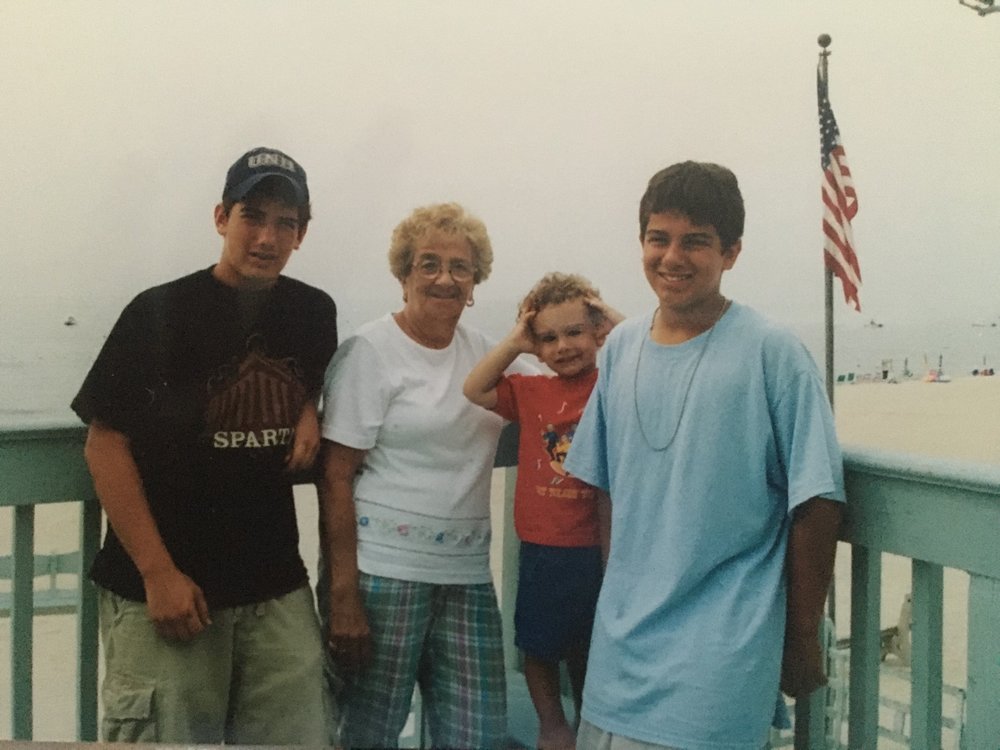 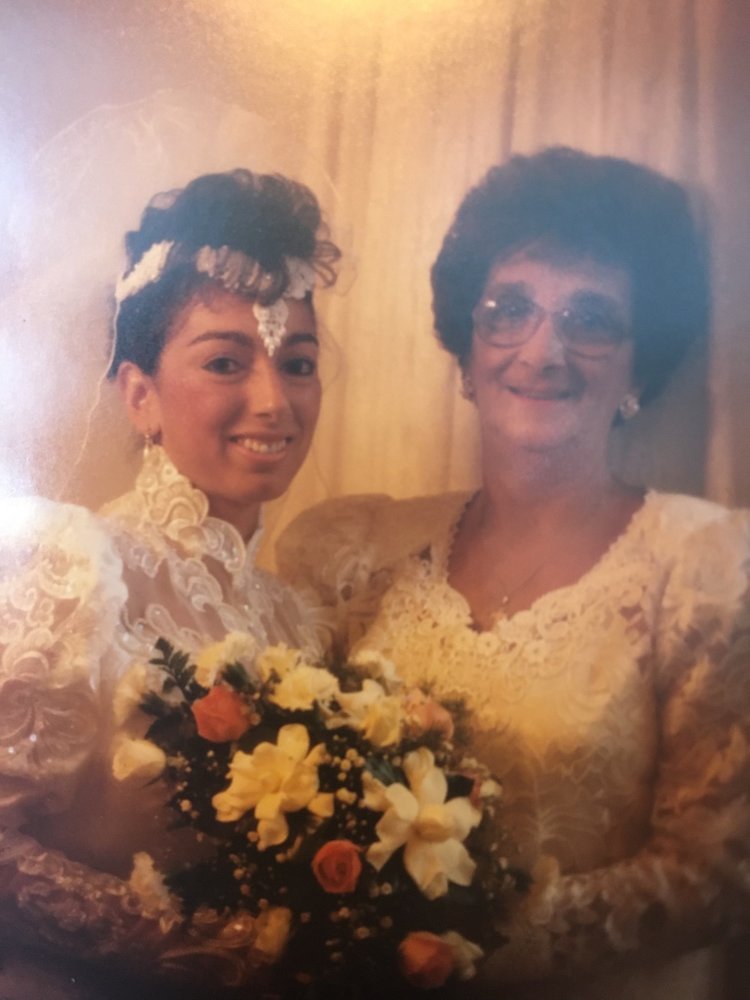 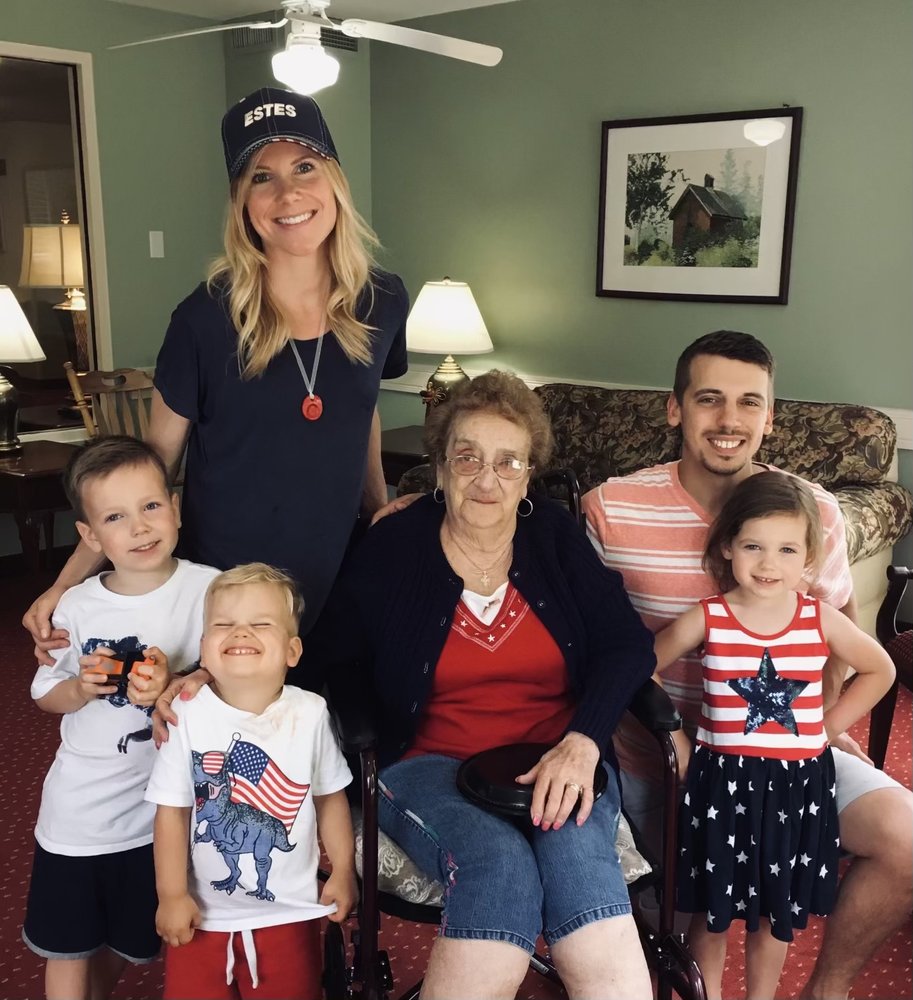 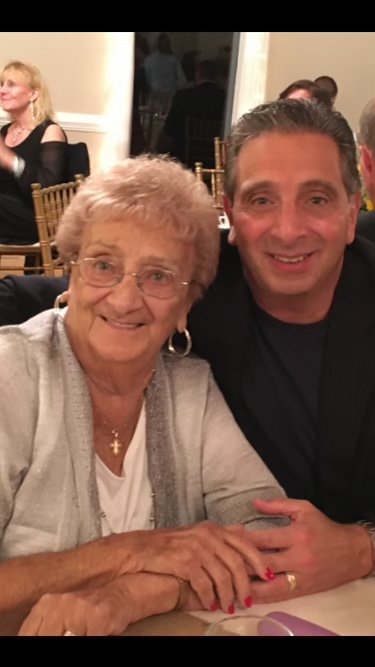 Please share a memory of Nicolina to include in a keepsake book for family and friends.
View Tribute Book
On December 4th, 2020, Nicolina "Nickie" Danei, 88, went Home to be with her Lord and to reunite with her treasured husband of 60 years, Agostino (Gus) Danei. She left this Earth peacefully and quietly, as befits a woman of deep strength, faith and love. Nickie was born in 1932, in Troy. She was one of seven children born to Cesare and Nicolina Mantello, who immigrated from Cardinale, Calabria, Italy. Sadly, Nickie’s mother, Nicolina passed away during childbirth and later Nickie was raised by Caterina and Cesare. (It's interesting to note, that "Cardinale" in Italian means, "cardinal"—for cardinals are beloved, beautiful birds whose bright presence brings great joy to human hearts. Like the Cardinal, Nickie's presence always was a harbinger of happiness. Whether volunteering, helping at the Senior Center, cooking for her family and friends or committed to her 30-year career at Standard Manufacturing Company in Troy, New York—Nickie always brought her A-Game. Nickie will be remembered as a woman of tremendous faith—a lifelong, devoted parishioner of Saint Anthony of Padua Roman Catholic Church in Troy, New York. She dedicated much of her free time volunteering, thereby living out the Gospel, and the virtues of her Catholic faith. She was a loyal Wife, Mother, Grandmother (Nonna), Great-Grandmother, Sister, Aunt, Cousin and Friend. Her kindness, generosity and joy were obvious, every time she was surrounded by her family. For Nickie, cooking came easily, so it was no trouble to prepare enough food for 50 people—regardless of how many actually would be at dinner. She could cook the most elaborate of meals, yet her personal favorite was always fried bologna sandwiches with hot peppers. Along with her passion for cooking, she enjoyed bowling, playing cards on Friday nights, Bingo and vacationing with family and friends. She loved entertaining, especially for the holidays. Many Thanksgiving dinners were spent at her home, where she was surrounded by family, and cherished memories were made. If work is assigned in Heaven, no doubt, her roles will include Nurturer, Head Chef, Anchor, Mentor, Leader, Friend and Selfless Giver-of-Love. Her strength, confidence and enthusiastic spirit of volunteerism and Love outside her home, given freely to so many friends endeared her to too many people to name here. Many are the hearts that will feel the absence of her joy and generosity-of-spirit, which was a reflection of the deep love she had for friends and family. Her Family: Nickie is survived by her cherished children, Paul (Renee) Danei of Halfmoon, and Mariann (Rusty) Gallagher of Albany. Also, by her beloved Grandchildren: Joel (Chelsea) Danei; Charles Gallagher IV; Nicholas Gallagher and Christopher Gallagher. Nickie's Great-Grandchildren, who brought her so much joy: Elisha (Eli) Danei, Alana Nicolina Danei and Nathan Danei. Her dear Sister, Jennie (Anthony "Stretch," dec.) Valente, survives, as do her Sister-in-Law, Bianca Danei and Aunt (Zia) Franceschina Russomanno. Nieces and Nephews, who enlivened Nickie's life as they crowded 'round her generous table, are: Lori (Troiani) Abelson, Sue Isbell, David Troiani, Nicholas (Nick) Troiani, AnneMarie Viglucci, Tina Montello, John Montello, Karen (Montello) Ratigan, Linda Montello, Dominic Montello, Patrick Montello, Justine Mantello, Jerry Montello, Frankie Mantello, Roderick “Roddy” Valente, Jennifer (Valente) Milanese and Kathy (Valente) Casale. Nickie's beloved Cousins who survive her: Rose Censullo, Ornella Quinn, Maurizio Russomanno and Dominick Russomanno. Sadly, her dear brothers, a niece, a nephew and a cousin predeceased her: Dominick “Sailor” Mantello (Anna, dec.); Nicholas Montello (Pat, dec.); Dominick “Chaz” Montello (Katie, dec.); Joseph “Dinny” Montello (Geraldine, dec.); Frank Mantello; Niece, Nancy (Montello) Perrotti, Nephew, Stephen Valente, and cousin Grace Russomanno. The world is a sadder place, because Nickie Danei no longer stands on it. But she's dancing now before the Throne of God, in Heaven with her Gus. Our loss is Heaven's gain. Family and friends are invited to honor the life of Nickie Danei on Saturday, December 12th for a calling hour from 8:30 to 10 a.m. at St. Anthony of Padua Church, 28 State Street, in Troy. Guests are respectfully asked to observe appropriate social distancing and wear a mask while attending. With respect to current social gathering limitations, a private Mass of Christian Burial will be held at 10 a.m. She will be laid to rest in St. Patrick's Cemetery. The funeral Mass will be livestreamed on the St. Anthony of Padua Facebook page. Please click the link to the left to be taken to the page. Please omit flowers and consider a donation in Nickie’s memory to Joseph’s House and Shelter, 74 Ferry Street, Troy, New York, 12180.

Share Your Memory of
Nicolina
Upload Your Memory View All Memories
Be the first to upload a memory!
Share A Memory