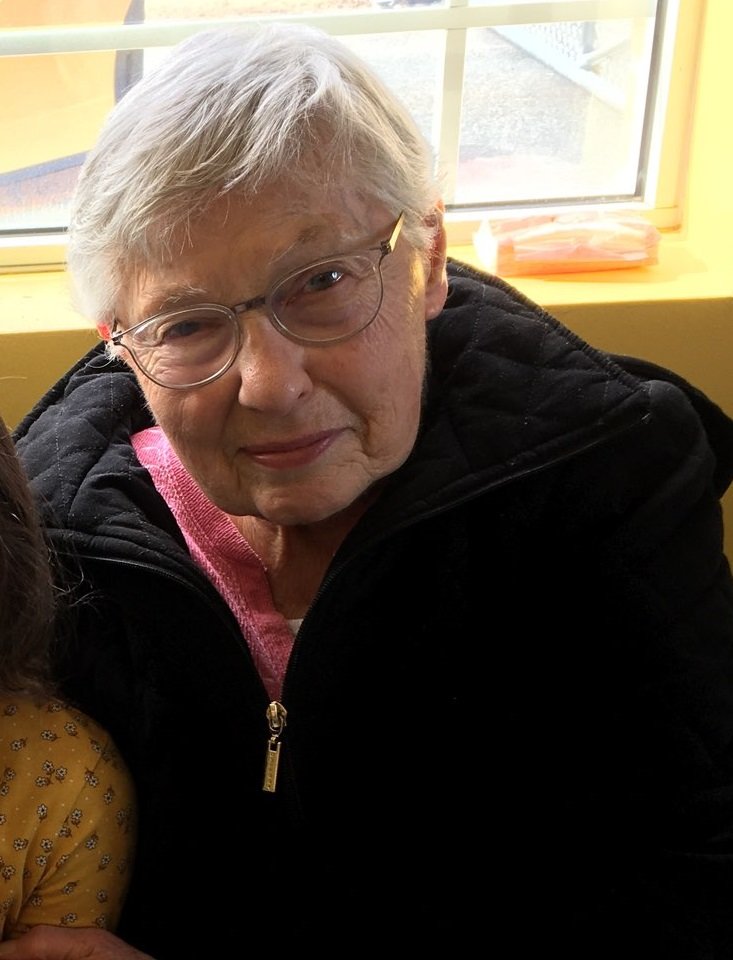 Please share a memory of Patricia to include in a keepsake book for family and friends.
View Tribute Book
Patricia E. Keyrouze, age 93 of Halfmoon passed away peacefully on December 28, 2020. Born in 1927 in Schenectady, she was the daughter of the late Thomas and Elizabeth Mack. She was predeceased by her husband Peter A. Keyrouze. Pat worked as a deputy town clerk for the Town of Halfmoon, retiring in 1998 She was a charter member of the Halfmoon Senior Center, an honorary life member of the American Legion Mohawk 1450 ladies’ auxiliary, a member of the Halfmoon Republican Committee for over 30 years, and served as an election inspector for the Town of Halfmoon. She is survived by her daughter, Katherine (Gordon) Smith, sons Thomas Keyrouze, and Edward (Dawn) Keyrouze, and grandchildren Melissa (Luke) Ryder, William (Jennifer) Keyrouze, Brian (Christine) Keyrouze, Joseph (Jennifer) Smith, and Justin Keyrouze, and her great-grandchildren Ethan, Mckenna, Olivia, and Miles. Calling hours will be held on Sunday, January 3rd from 3 to 6 p.m. at the Catricala Funeral Home Inc., 1597 Route 9, in Clifton Park, with a funeral Mass on Monday at 9 a.m. at St. Mary’s Church in Crescent. Burial will be in Saratoga National Cemetery. In lieu of flowers, donations may be made in her memory to American Cancer Society, P.O. Box 22478, Oklahoma City, OK 73123.
Sunday
3
January

Share Your Memory of
Patricia
Upload Your Memory View All Memories
Be the first to upload a memory!
Share A Memory
Send Flowers
Plant a Tree