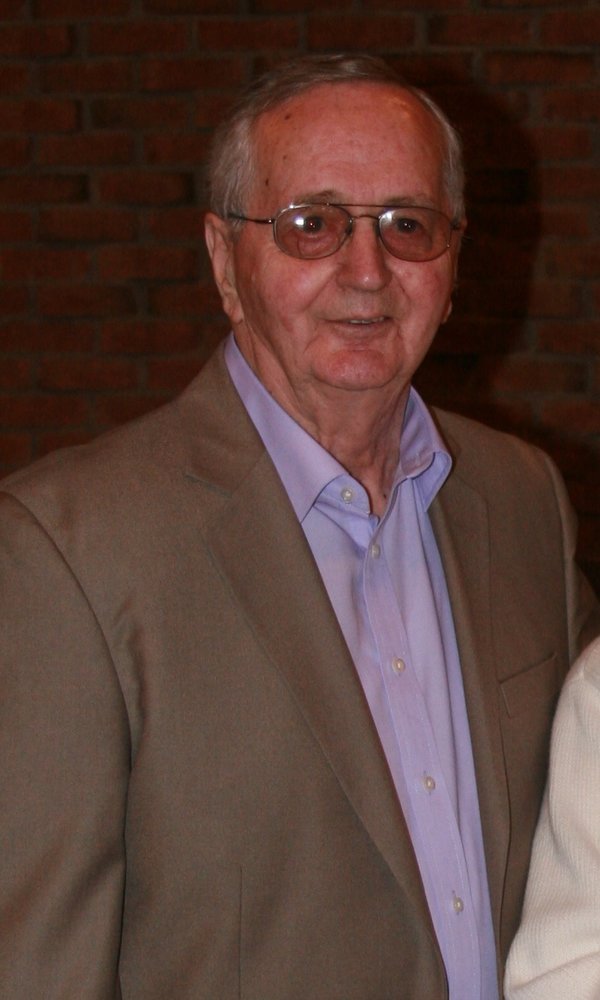 Please share a memory of Robert to include in a keepsake book for family and friends.
View Tribute Book
Robert E. “Bob” Ray Sr., age 90 of Halfmoon passed away peacefully on Sunday, January 24, 2021 at Ellis Hospital from congestive heart failure. He was born on March 7, 1930, on his grandparent’s farm in Clifton Park, the son of the late Frederick and Jennie Ray. He was predeceased by his sister Lois Smith, niece MaryLou (Smith) Reinitz, and his nephew Gerald Smith Jr. Bob attended Burnt Hills-Ballston Lake School District. He worked at Burnt Bills Hardware for 25 years and spent 35 years as a dedicated salesman at Central Plumbing and Supply in Scotia, before retiring at the age of 83. When he was younger, he enjoyed hunting, fishing, ice-fishing and snowmobiling. He thoroughly enjoyed bowling and belonged in a bowling league for many years and he even bowled a few 300 games. Bob was married to his wife Marie (Thiele) for 71 years. they enjoyed taking vacations to Cape Cod, Maine, North Carolina, Virginia, and Tennessee. They loved to go camping in the Adirondacks and took many day trips to Vermont. Bob’s passion was taking care of his two rescue dogs, feeding the backyard birds, and loved watching the NY Yankees. He is survived by his wife Marie (Thiele) Ray, daughter Letitia “Letty” (Robert) Butterworth, son Robert E. (Kellie Dawson) Ray Jr., granddaughter Michelle (Justin) Bushneck, grandson Michael Butterworth, and his great-granddaughters Kayla and Lexi Bushneck, who were the light of his life. He is also survived by his sister Sharon Knight, sisters-in-law Alma Ryan, Lillian Marks, brother-in-law Francis Thiele, several nieces, nephews, great-nieces and nephews, and great-great-nieces and nephews, special family Linda, Mark, Greg, and Becky Sennett, Shirley and Claire Vrooman, many friends, and his two rescue dogs Missy and Jessie. Calling hours will be held on Saturday, January 30th from 12 to 2 p.m., with a service at 2 p.m. at the Catricala Funeral Home Inc., 1597 Route 9, in Clifton Park. Burial will be in Clifton Park Cemetery in the spring. In lieu of flowers, donations may be made in his memory to the Southern Adirondack Audubon Society by going to www.southernadirondackaudubon.org, or to the Saratoga County Animal Shelter by going to www.saratogacountyanimalshelter.com.
Saturday
30
January