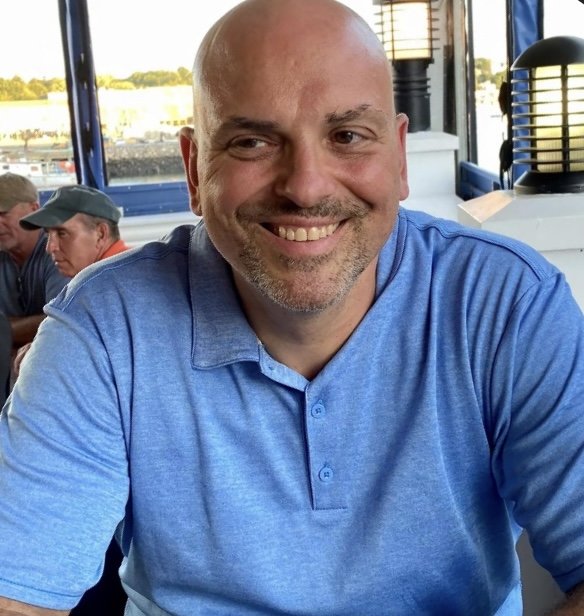 Please share a memory of James to include in a keepsake book for family and friends.
View Tribute Book
James J. “Jimmy” LaRose, age 52 of Halfmoon passed away peacefully on Friday, January 29, 2021. Born on April 23, 1968, he was the son of the late Anthony and Anna LaRose. James worked as a shop steward for UPS in Latham for 30 years, where he was a proud and active member of the Teamsters and was co-chair of the safety committee. He was a longtime Narcotics Anonymous member and beloved friend to many. He is survived by his sisters Catherine (Serge Lassonde) Sherwood, Antonia “Toni” (Lenny Skarbowski) LaRose, Mary (Paul) Partak, and Ann “Beba” (Duane Martin) Miller; his nieces and nephews Krystal (Michael) LaViolette, Katie (Patrick) Geoghegan, Joshua and Ryan Miller, Paulie Partak, and Abby Skarbowski. He is also survived by his great-nieces and nephews William Kasperek, Paige LaViolette, and Cormac Oliver James Geoghegan. He is also the proud father of his fur babies Grimm and Buca. Calling hours will be held on Wednesday, February 3rd from 4 to 8 p.m. at the Catricala Funeral Home Inc., 1597 Route 9, in Clifton Park, with a funeral service on Thursday at 11 a.m. Burial will be in St. Mary’s Cemetery in Troy. In lieu of flowers, donations may be made in his memory to: Teamsters Care c/o Teamsters local 294 890 Third St. Albany12206 NY on behalf of James LaRose
Wednesday
3
February