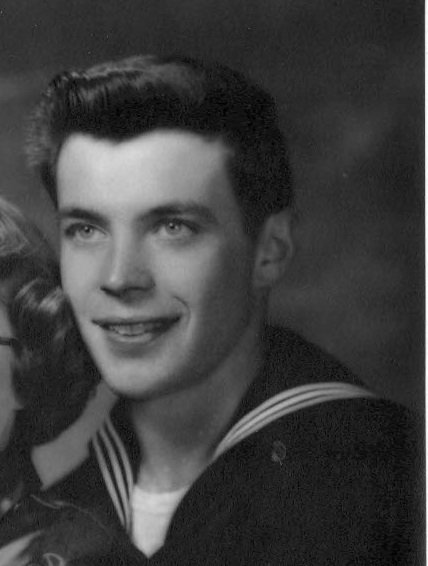 Please share a memory of Richard to include in a keepsake book for family and friends.
View Tribute Book
Richard William Hughes, 89, passed away peacefully on Sunday, February 21, 2021, at his home, and is with his beloved wife, Roslyn, in God’s eternal kingdom of blessedness and goodness. Richard was born on October 3, 1931 in Jamaica, NY, son of the late Emerson and Dorothy (Owens) Hughes. Richard grew up in Vermont, graduating from Poultney High School and serving in the Navy during the Korean War – 1951-1955. Following his service, he completed his education at Mohawk Valley Community College. On August 27, 1949, he married the love of his life, Roslyn (Warren) Hughes. Together they raised two daughters, Amy Keegan and Laura (Stephen) Monthie. His beloved wife, Roslyn (Warren) Hughes predeceased him on March 15, 2020. Richard is survived by his daughters, son-in-law, Stephen, five grandchildren, Daniel and Patrick Keegan, Phillip (Meghan) Monthie, Justin, and Matthew Monthie and his much loved canine companion, Charlie. Many cherished cousins and nieces and nephews also survive him. His son-in-law, Daniel Keegan, brother Emerson Hughes, and nephew Barry Hughes also predeceased him. Richard retired from General Electric and devoted many happy years to hiking, kayaking, and biking adventures across the country. He shared his love of the outdoors with his family and friends, and volunteered for trail maintenance for the Adirondack and Taconic trail systems. He believed in caring for the environment and appreciated nature’s creations. He leaves behind many others who cherish his memory, friendship, and genuine warmth. Richard was a gentleman in every way and always took great pride in his Welsh heritage. Calling hours will be held on Friday, February 26th from 9:30 to 11:30 a.m. with a funeral service at 11:30 a.m. at the Catricala Funeral Home Inc., 1597 Route 9, in Clifton Park. Burial will be Saratoga National Cemetery. To best honor the memory of Richard, pass on an act of kindness and reach out to someone you know who might be lonely. He will be dearly missed by all who loved him and will always be remembered as a good man. In lieu of flowers, donations may be made to the St. Thomas Anglican Church of Clifton Park, 242 Grooms Rd, Clifton Park, NY 12065.
Friday
26
February

Share Your Memory of
Richard
Upload Your Memory View All Memories
Be the first to upload a memory!
Share A Memory
Send Flowers
Plant a Tree