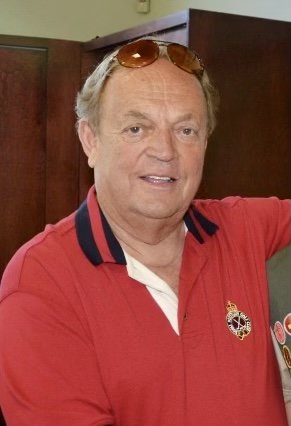 Please share a memory of Thomas to include in a keepsake book for family and friends.
View Tribute Book
Thomas M. “Tom” Hedley, age 80 of Bolton Landing passed away peacefully on Thursday, April 22, 2021. Born on April 24, 1940 in Lackawanna, NY, he was the son of the late Sidney and Catherine Hedley. He was predeceased by his siblings Patricia Shaw, Maureen Hedley, Eileen Hedley, John Hedley and Richard Hedley. Tom served in the US Army as a Corporal from 1958-1960, where he was an Honor Guard at Spandau Prison guarding Nazi officials including Rudolf Hess and was stationed at the Berlin Wall. He was awarded the Army of Occupation Medal in Germany. He was an owner of Hedley Cadillac and Oldsmobile in Troy where he was the service manager, and an owner of Cotton Point Rentals of Lake George. He was an avid golfer, sports fan, and loved Lake George. He is survived by his sisters Janice Braun of Buffalo, Kathleen Sheckler and Sharon Hedley; both of Naples, FL, many nephews and nieces including his special nephews and niece, Kevin (Kim), Joe, and Alex Hedley. He is also survived by his good friends Joe Lazzaro and Gerry McGarvey. The family would like to thank Dr. Amy Hogan-Moulton for her friendship and all the excellent care she provided. Funeral services will be private. Memorial contributions may be made in his memory to the Mohawk Hudson Humane Society, 3 Oakland Avenue, Menands, NY 12204, or to the Wounded Warrior Project, P.O. Box 758516, Topeka, Kansas 66675-8516.

Share Your Memory of
Thomas
Upload Your Memory View All Memories
Be the first to upload a memory!
Share A Memory
Send Flowers
Plant a Tree