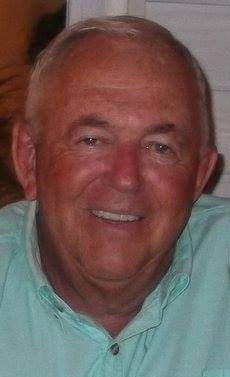 Please share a memory of David to include in a keepsake book for family and friends.
View Tribute Book
David E. Wood, 80, of Halfmoon passed away peacefully at his home on June 1st, 2021 with his family by his side. David was born to the late Ernest and Eileen Wood on August 28, 1940 at Mercy General Hospital. He was predeceased by his two brother’s-in-law. David graduated from Tupper Lake High School in 1958 then went on to attend Ithaca College and Siena. David worked in Buffalo and Albany for several years before returning to Tupper Lake and opening his business, Wood Insurance Agency. While living in Tupper Lake, David was instrumental as one of the founding members of the first Emergency Squad in town and volunteered for many years. One of the most exciting memories David spoke of was delivering a baby on one of the transports from Tupper Lake to the Saranac Lake hospital, an unforgettable moment in his life. David later moved back to Albany and worked for Lovell Safety Management out of NYC until retirement in 2004. He and his wife Sandy then moved to Naples, FL where they enjoyed boating and socializing for many years and were often visited by their family and friends. David and Sandy returned to Clifton Park in 2018 to be closer to their family. David had many close friends in Florida, Utica and from childhood that he loved very much. David is survived by his loving wife, Sandra (formerly Moran), of 32 years; daughters Shaleen (Jeffrey) of New Hampshire and Ronda (Steve) of Clifton Park, sons Ronald (Barbara), Shawn, Brian (Shannon) all of Clifton Park; sisters Elizabeth (William) Derocher and Theresa (John) Flynn; nephews Michael (Jessica) Flynn and Matthew Flynn; grandchildren: Liam, Charlotte and Aaron Price; Kayla, Shawn, Cory and Katie Cromp, and Peyton Badger; along with 3 great-grandchildren. Calling hours will be held on Saturday, June 19 from 12 to 2 p.m. with memorial service at 2 p.m. at the Catricala Funeral Home Inc., 1597 Route 9, in Clifton Park. In lieu of flowers, please send donations to the Clifton Park Halfmoon EMC, Attn: Community Development 15 Crossing BLVD, Clifton Park, NY 12065 OR to the Tupper Lake Volunteer Ambulance and Emergency at 169 Main St, Tupper Lake, NY 12986. *Please note - If you are making a Memorial Donation by check, write the honoree's name on the check memo line.
Saturday
19
June