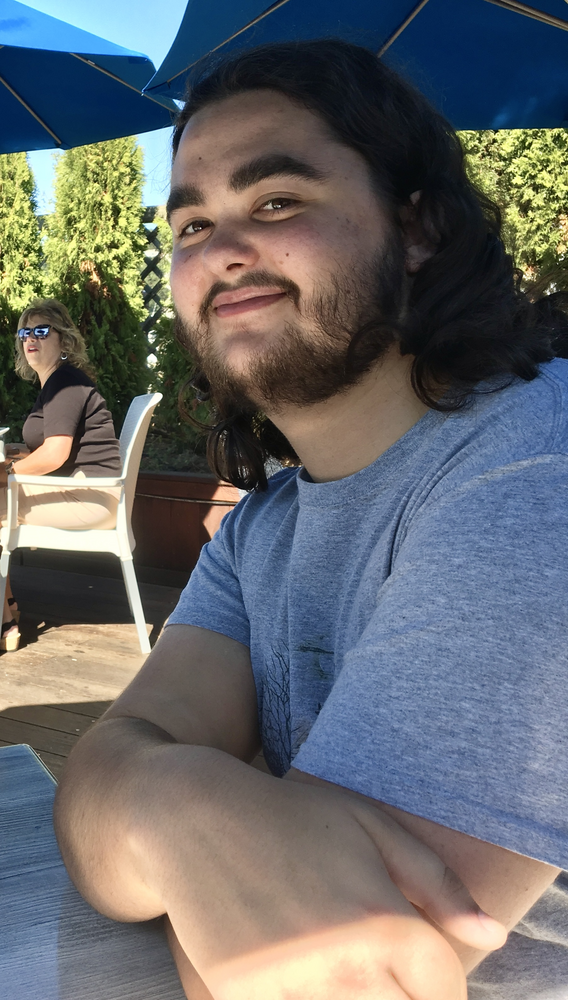 Please share a memory of Cameron to include in a keepsake book for family and friends.
View Tribute Book

Cameron James Gilleece, age 23 of Halfmoon, New York passed away on March 9, 2022. Born on April 3, 1998, he was the beloved son of Seaneen Gilleece and the late William Gilleece.

Cameron was a 2016 graduate of Shenendehowa High School and 2019 graduate of Hudson Valley Community College, along with attending Rochester Institute of Technology and most recently Stonybrook University. He was currently employed at Nordstrom Rack in Colonie, New York.

Cameron had many athletic interests as a young boy including gymnastics, basketball, baseball, soccer, and tae kwon do. Cameron excelled in tae kwon do and this became his passion. He attended Adirondack Tae Kwon Do and was a member of the Peak team at In Nae Taekwondo. Cameron and his Mom traveled all over the country to competitions and training. Cameron was supported by his family and was the absolute pride and joy of his dad and mom, with his dad constantly sharing sparring videos of Cameron. Cameron participated in local, State, National, and International competitions and racked up a tremendous number of medals.

Cameron’s love of the ocean, water, and marine life earned him his nickname CJ Shark. A love that persisted through his life, starting early with his dad, fishing, boating, snorkeling, swims with dolphins, and scuba diving. Cameron was fearless in the water.

Not to mention Cameron’s hair would be remiss. Cameron had a mane of hair that he started growing to enviable lengths when he was 10. His hair was his trademark. Along with his tall slender physique he was spontaneously referred to as Jesus by strangers, classmates, taekwondo sparring partners, and friends. Cameron was a kind, gentle, forgiving, compassionate, patient, loving, and humble man reflecting his beautiful soul.

In addition to his mother, he is survived by his siblings Christopher, Robert, and Erin Gilleece, his Aunt Jackie and Uncle Frankie, Aunt Patti and Uncle Tim, Aunt Tish and Uncle Billy, Uncle Jay and Beth, many loving cousins and friends and his beloved dog Bon Jovi. He is predeceased by Aunt Terry and Uncle John, Grammy Alice and Grandpa Jim, and Nana and Poppy.

A memorial Mass will be held on Sunday, April 3rd at 1 p.m. at St. Edward the Confessor Church in Clifton Park.

Donations may be made in Cameron’s memory to the National Marine Sanctuary Foundation or to the Adirondack Taekwondo Scholarship Fund.

Share Your Memory of
Cameron
Upload Your Memory View All Memories
Be the first to upload a memory!
Share A Memory