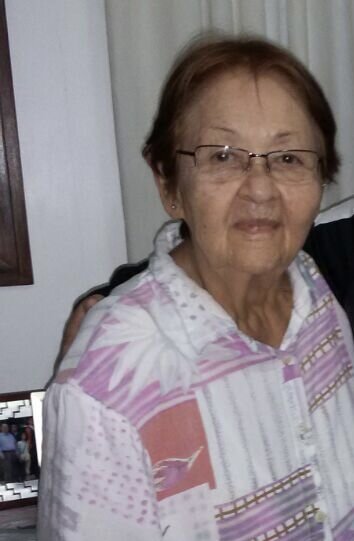 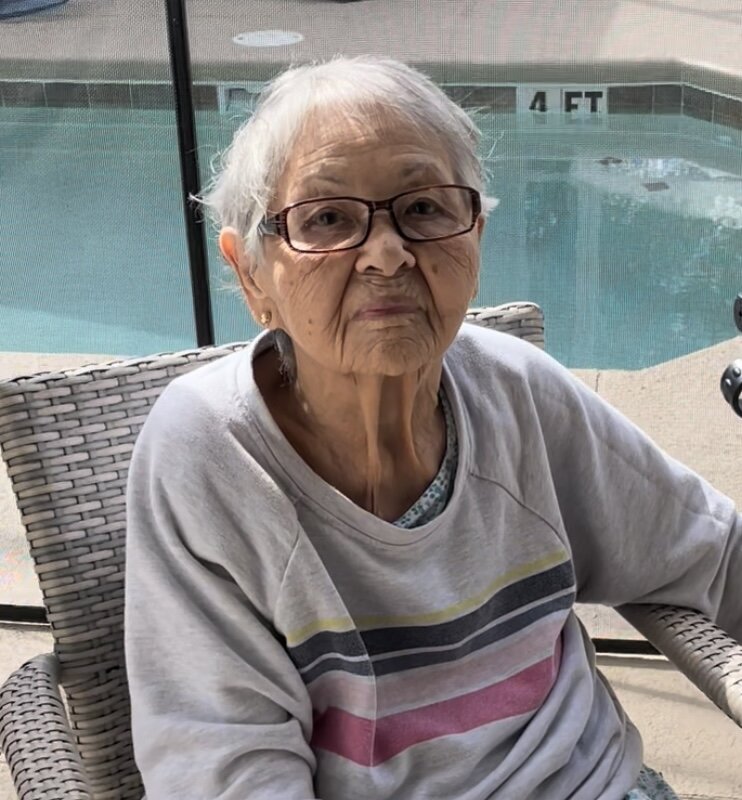 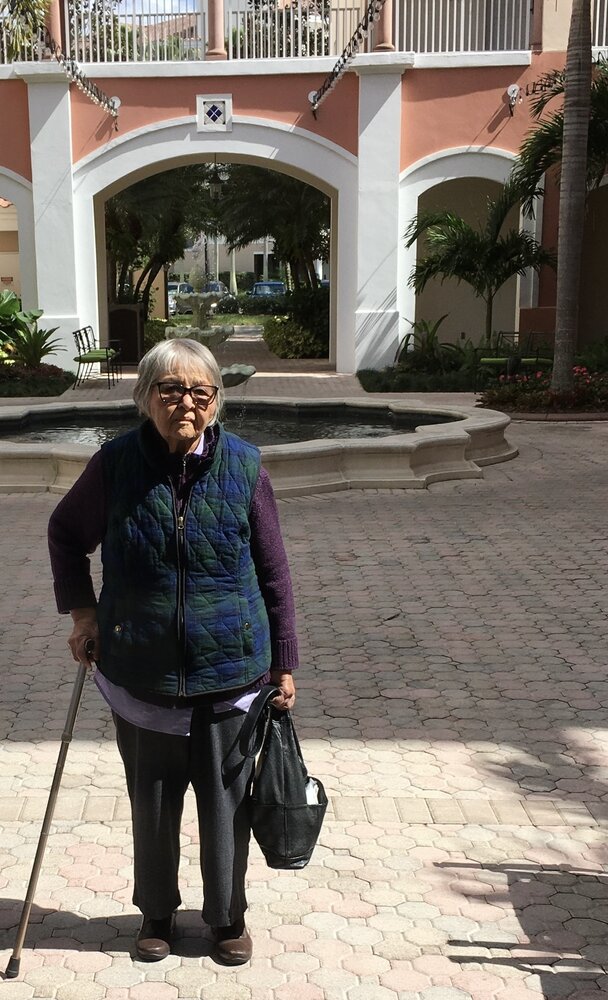 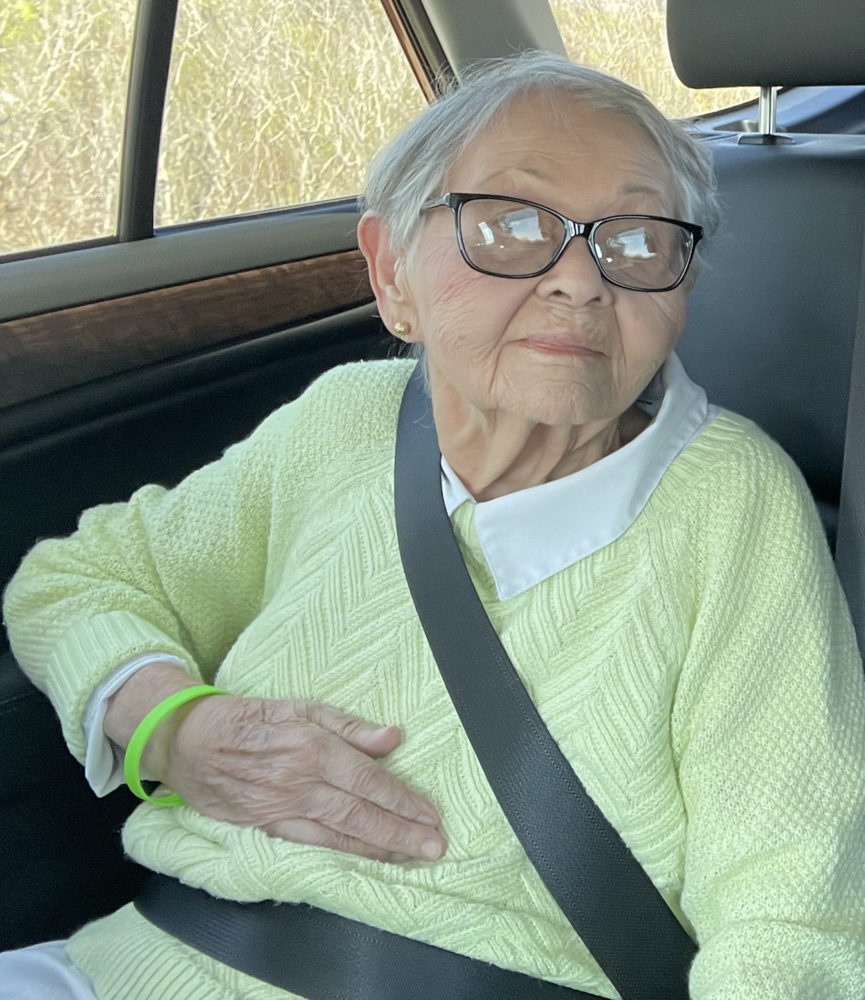 Please share a memory of Angela Ramona to include in a keepsake book for family and friends.
View Tribute Book

Angela Ramona Rangel de Albornoz passed away at her home with family by her side on Monday, April 4, 2022. Angela was born on May 7, 1934 in Uverito, Anzoategui, Venezuela and was later nicknamed Negra by her loved ones. Angela was the oldest child in her family. When she was seven years old, her family moved to Barinas, Barinas where she grew up, met her husband of 64 years, and had her children.

From a very early age, Angela helped support her family by going out and working in different occupations, from accounting to administration. Angela worked most of her life, and finished her college degree in cooperative business administration after being married, raising her children, and working in her job.

In the mid-1970’s, Angela’s family relocated to Barquisimeto, Lara. There, she worked for more than 20 years in the Fuerza Armadas de Cooperación, National Guard, as a civilian system analyst administrator. She enjoyed her work very much, where her bosses always lauded her diligence and hard work.

Angela was a devout Catholic all her life; she was an active member of her Church in Venezuela, she prayed the rosary every single day that she could, and she attended mass almost every Sunday. Growing up, she would help her grandmother make clothing for her younger sisters, and she continued to enjoy sewing in the various places life took her. Angela was an excellent caretaker and host, and she had many dear friends who loved her a lot. She was also an amazing cook—she especially enjoyed making hallacas, a traditional Venezuelan dish, commonly made around the holidays. According to her children, they were the best.

Throughout her life, Angela visited the USA on various occasions, living temporarily in Mississippi, Georgia, Texas, and New York to visit her daughter and her family. After many socio-economic crises in Venezuela, Angela moved to the USA becoming a permanent resident. Here, she lived with her daughter and son-in-law until the time of her passing earlier this week.

Angela is preceded in death by her little angel, José Antonio; her father, Juan; her granddaughter, Carolina; her mother, Isidora; her husband, José Antonio Albornoz; her son, Gustavo Adolfo; and her oldest younger sister, Carmen (Tana).

Angela is survived by her daughter, Maria Guvenilir; her son-in-law, Abbas; her five grandchildren, Gustavo A., & Abbas A., Faruk, José, and Ayse Angela; her great-grandson, Jorge; five of her siblings, Ada, Jesus, Pilar, Elizabeth, and Juan (Juancho); her brother-in-law, Carlos; her two sister-in-laws, Blanca and Liliana; and many nieces, nephews, and cousins.

The family kindly requests no flowers be sent. Instead, donations may be made in Angela’s memory. A suggested organization is the Free Wheelchair Mission at https://www.freewheelchairmission.org/donate/.

Angela Ramona lived a full life Gracias a Dios and will be greatly missed by those she leaves behind. May she rest in peace and be reunited with our Creator in heaven.

Share Your Memory of
Angela Ramona
Upload Your Memory View All Memories
Be the first to upload a memory!
Share A Memory