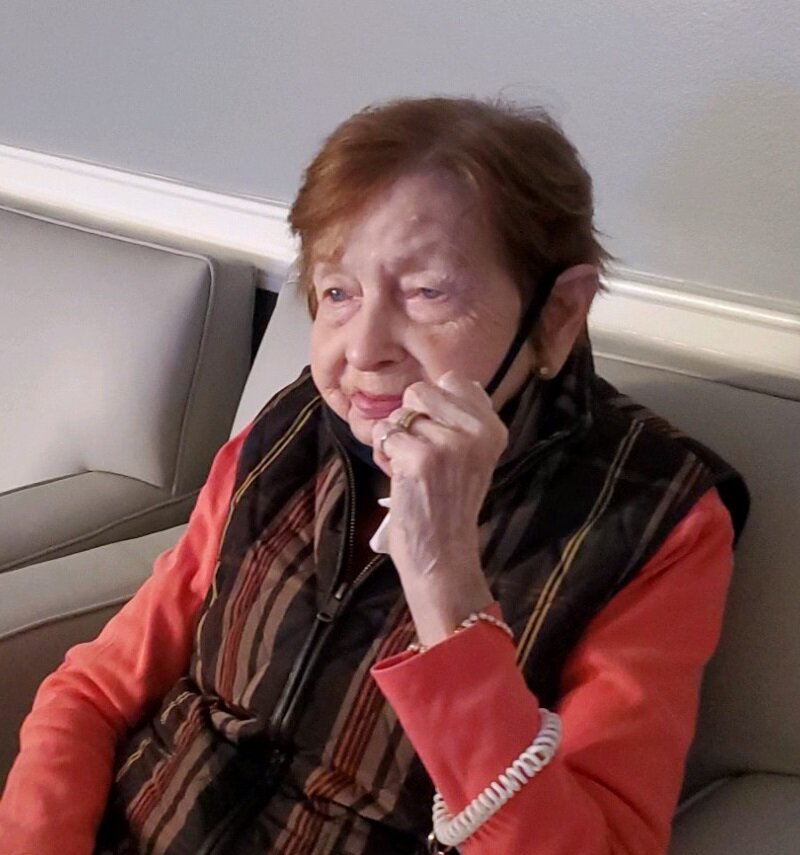 Please share a memory of Joan to include in a keepsake book for family and friends.
View Tribute Book

Joan M. Vavala, age 94 of Schenectady passed away peacefully on Monday, April 11, 2022. Born on May 13, 1927, she was the daughter of the late Walter and Elizabeth Fitzsimmons. She was predeceased by her husband Roy Vavala and her brother Walter Fitzsimmons.

Joan worked as an accounting clerk for the water department of Schenectady City Hall.

Joanie was always up for anything. She enjoyed being with her family, loved all sweets (cookies, brownies, and ice cream especially), going on long car rides, shopping, buying new clothes and always dressing nicely, designer purses, going to movies, teddy bears, and anything involving the color blue.

In September of 2021, God sent Joan an angel on Earth, Maggie Monte. Maggie was Joan’s aide and Joan absolutely loved her. Maggie and Joan had many special times together including going for ice cream, creating a summer garden, and taking long scenic car rides.

The family would like to thank lifelong family friend Frank Maresca who Joan often considered a second son. Frank helped Joan tremendously in the past few years by checking in on her often, mowing the lawn, and bringing her communion.

A funeral Mass will be held on Wednesday, April 13th at 12 p.m. at St. Madeleine Sophie Church, 3500 Carman Rd. in Schenectady. Burial will be in Memory Gardens Cemetery.

In lieu of flowers, donations may be made in her memory to an organization of one’s choice.

Share Your Memory of
Joan
Upload Your Memory View All Memories
Be the first to upload a memory!
Share A Memory
Send Flowers
Plant a Tree