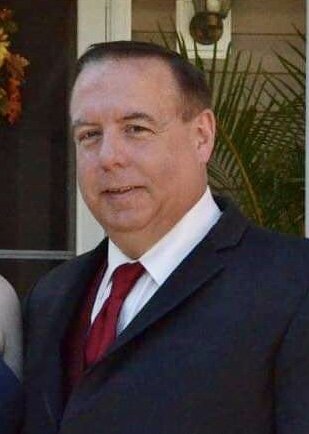 Please share a memory of Keith to include in a keepsake book for family and friends.
View Tribute Book

Keith spent a 37-year career with Jack Byrne Ford in Mechanicville, retiring as a senior master mechanic. He spent the last two years as an MEO for the Town of Halfmoon. He was a Life Member of the Hillcrest Fire Department; joining the department in 1984 and was quickly appointed Lieutenant in 1986, where he would serve until 1991. In 1992 he was promoted to the ranks of Captain where he would serve through 2007 before becoming Assistant Chief in 2008. In 2010 he would rise through the ranks to Deputy Chief and eventually Chief of the Department from 2016 to 2021.

He loved his camp at Sunset Bay Resort in Mayfield, where he went boating and fishing, and he enjoyed trips to Disney with his family. His greatest joy in life was spending time with his grandchildren.

Calling hours will be held on Thursday, May 12th from 4 to 8 p.m. at the Catricala Funeral Home Inc., 1597 Route 9, Clifton Park, with a funeral service Friday at 10a.m. Burial will be in Hudson View Cemetery.

In lieu of flowers, donations may be made in Keith’s name to the Hillcrest Fire Department, 145 Pruyn Hill Rd, Mechanicville, NY, 12118.

Share Your Memory of
Keith
Upload Your Memory View All Memories
Be the first to upload a memory!
Share A Memory
Send Flowers