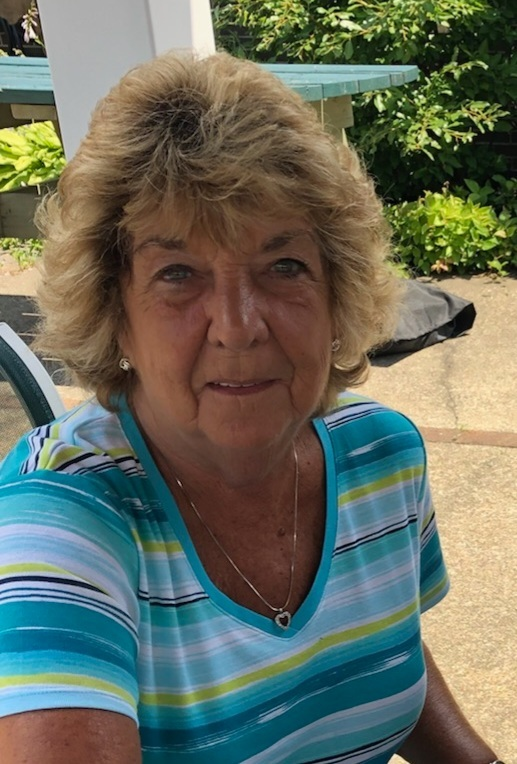 Please share a memory of Mary to include in a keepsake book for family and friends.
View Tribute Book

Mary Ann (Morgan) McGrady, 77, of Clifton Park passed away peacefully on May 30, 2022, at her home with her children near her side.  She was born in Albany, the daughter of the late Matthew T. and Dorothy (Dalton) Morgan.  She was predeceased by her husband of 50 years Edward A. McGrady III, and her brother Michael T. Morgan.

Mary Ann attended Vincentian Institute HS and graduated in 1963. She attended the Junior College of Albany where she met the love of her life, whom she affectionately nicknamed “Jeff” because the name suited him.   She later went on to earn a Bachelor’s degree from Russell Sage College and became a Credentialed Alcoholism and Substance Abuse Counselor (CASAC).  Mary Ann worked part-time for Hallmark while raising her family in a tight-knit Clifton Gardens development.  She later returned to the workforce at Conifer Park and put her degree/CASAC to use caring for patients in their recovery journey.  Her kindness and compassion were priceless gifts that many recall.

Mary Ann could often be found reading, shopping the sales, going out to lunch with friends, or floating in her pool.  She spent time traveling with friends in her well-deserved retirement.  Most of all, she cherished the role of “Mimi” to her four grandchildren; nothing brought her more joy than being a big part of their lives and activities.

Mary Ann is survived by her loving children, her daughter Kirstein (John) DonVito of Wynantskill; her son Jeffrey (Kara) McGrady of Clifton Park; her beloved grandchildren Aly and Nico DonVito, Avery and Zackary McGrady, sister-in-law Eileen Morgan, and several nieces, nephews, and cousins.  She leaves behind many longtime friends from the original Clifton Gardens neighborhood.

A memorial service will be held on Sunday, June 12th at 2 p.m. at the Catricala Funeral Home, 1597 Route 9, Clifton Park, followed by a celebration of life gathering from 2:30 to 5 p.m.

In lieu of flowers, the family requests memorial donations be made in Mary Ann’s name to The Community Hospice.

Share Your Memory of
Mary
Upload Your Memory View All Memories
Be the first to upload a memory!
Share A Memory
Send Flowers