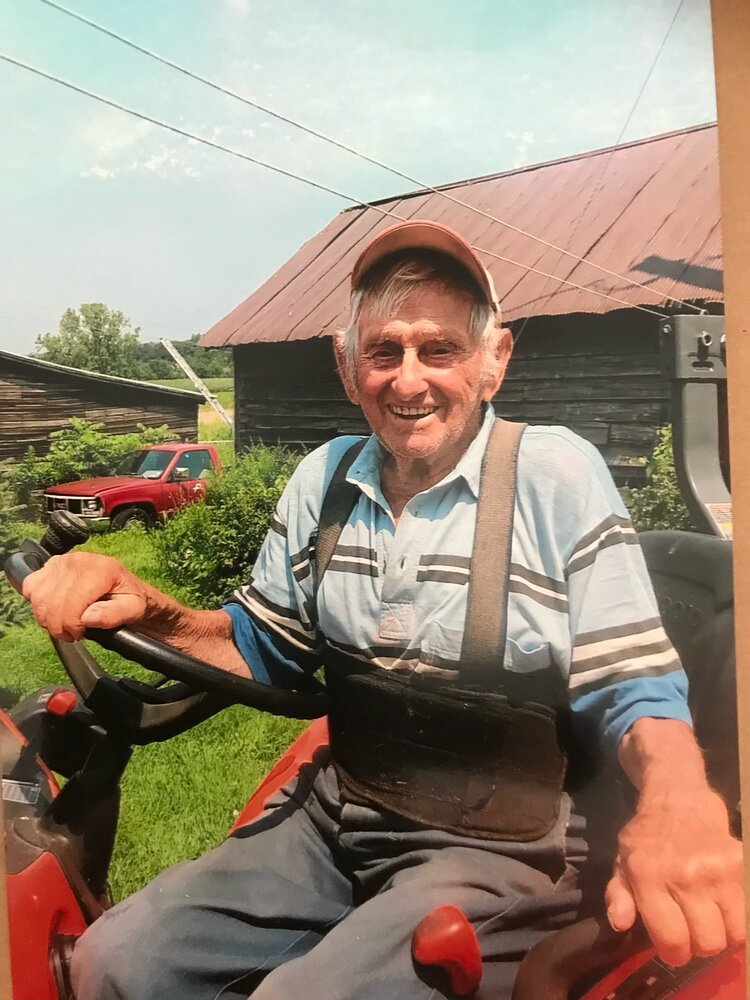 Please share a memory of Frank to include in a keepsake book for family and friends.
View Tribute Book

Frank Pingelski, age 100 of Halfmoon passed away on Saturday, December 17, 2022. Born on January 10, 1922 in Ushers, he was the son of the late Stephen and Pauline Pingelski. He was predeceased by his brothers John (Helen) Sr., Edward (Helen) Sr., Stephen Jr., Joseph Sr., William, Adam (Irene), His sisters Anna, Helen, and Sophie (Edward).

Frank was a lifelong Dairy Farmer. You could drive by and see him cutting firewood, working in the garden, or moving haybales around with his tractor. Besides working the farm, he drove truck for Al Jennings and Big John. Frank enjoyed playing Baseball, Bowling, Polka and Square dancing, and helping the 4H with his many talents. Most of all Frank enjoyed sitting on the swing or front porch with his beloved wife Amelia working on word search puzzles, and watching the cars go by. You could stop by for a visit and never leave empty handed. Whether it be fresh eggs, vegetables, flowers, or Amelia’s famous Grandma Cookies which he often helped make.

Calling hours will be held on Tuesday, December 20th from 4 to 7 p.m. at the Catricala Funeral Home Inc. 1597 Route 9, in Clifton Park, with funeral service on Wednesday at 10 a.m. at the funeral home. Burial will be in St Michael’s Cemetery in Waterford.

In lieu of flowers, donations may be made in his memory to Hillcrest Fire Dept., 145 Pruyn Hill Rd. Mechanicville NY 12118.

Share Your Memory of
Frank
Upload Your Memory View All Memories
Be the first to upload a memory!
Share A Memory
Send Flowers