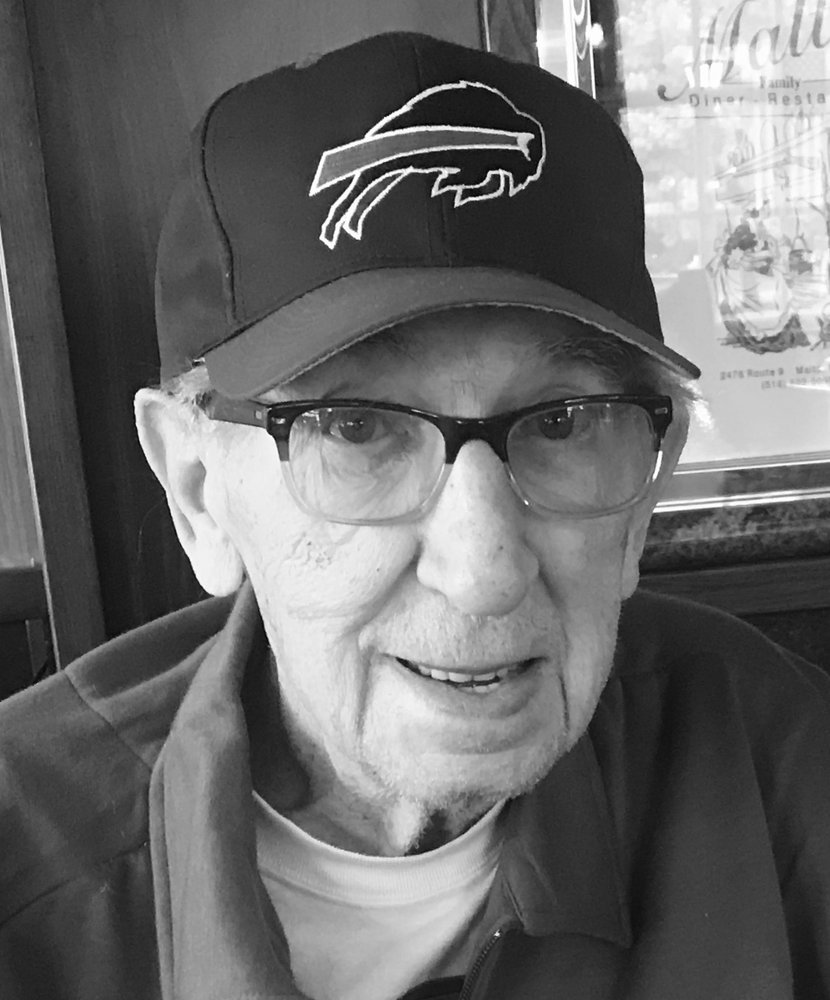 Richard John “Dick” Horstman, of Jonesville, joined his beautiful wife Anna in everlasting peace and love at the age of 91 on Sunday October 20th. In addition to his parents, Richard is preceded in death by his wife Anna who died December 7th, 2014, his brothers William F. Horstmann, Jr, Carl E. Horstmann, sister in law Ardith Horstmann, brothers in law Peter and George Solotruck.

Richard was born in Niskayuna to Amelia and William Horstmann on December 31st, 1927. He joined the Merchant Marines after graduating from Burnt Hills High School. While in the Merchant Marines, Richard traveled the world. He was especially proud that he had been in all seven canals of the world. Following his years in the service, he attended Cobleskill Ag and Tech, graduating in 1950. Richard met Anna Solotruck while he was in college and they went on their first date on August 14th, 1949 to the Saratoga County Fair. Richard always described this day as one of the happiest days of his life. Anna and Richard celebrated this date every year. Richard and Anna were married on January 27th, 1952 in Cohoes, NY. Richard was a member of Carpenter’s Local 291, a Boy Scout leader, and a life member of the Jonesville Fire Department. He will be remembered for his interesting stories and how much he loved sharing Jonesville town history.

Calling hours will be held on Monday, October 28th from 4 to 7 p.m. at the Catricala Funeral Home, 1597 Route 9, Clifton Park, with a funeral service at 10 am on Tuesday, October 29th at the Jonesville United Methodist Church. Burial will follow in East Line Cemetery in Round Lake.

Richard’s family wishes to extend their gratitude to all the staff at Wesley on 3-Victoria for their loving care.

Memorial donations may be made to the Jonesville Volunteer Fire Department, The Jonesville Food Pantry, or the Gloversville Regional Animal Shelter.

Richard’s family requests that you honor his memory by befriending a stranger and asking them “Where are you from?”

Share Your Memory of
Richard
Upload Your Memory View All Memories
Be the first to upload a memory!
Share A Memory
Send Flowers