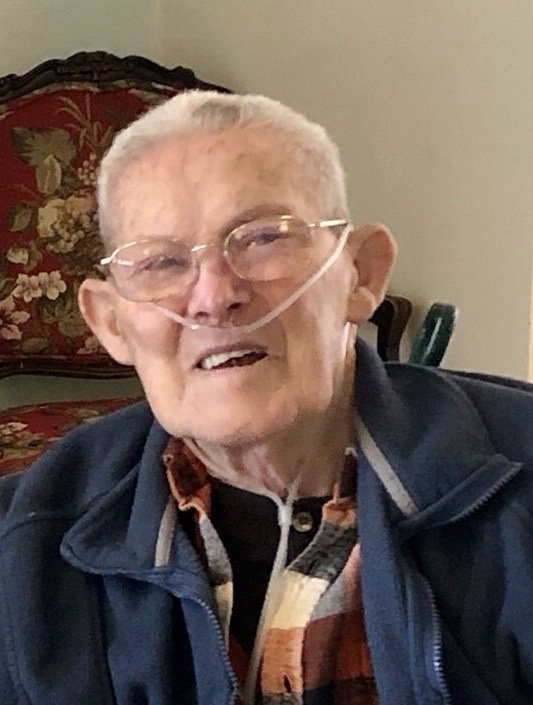 John “Jack” F. Hebert, age 88 of Halfmoon passed away peacefully on Saturday, May 9, 2020 at the Our Lady of Mercy Life Center. Born on July 28, 1931 in Troy, he was the son of the late Lloyd and Anna Hebert. He was predeceased by his first wife Kay Hebert and his second wife Pat O’Bryan, his twin sister Mary Mollnow, and his brother-in-law Otto Mollnow. John started his career at the Watervliet Arsenal, where he met his wife Kay. He retired after 25 years at the Grand Union warehouse in Waterford. He moved to Clearwater, FL in 2002 and spent many happy years with Pat. He was an active member of Light of Christ Church in Clearwater, serving as an usher. He returned to the Albany area in 2017 after Pat passed away. He enjoyed music, birdwatching, and being in the outdoors, and was an avid Yankees fan. Known to his family as “Poppy”, he was a kind and caring person who loved his family and enjoyed spending time with them. He is survived by his children Carl (Jeanne) Hebert, Peg (Mike) Endres, Gary Hebert, and Nancy (Kurt) Kracke, brothers Lloyd and Paul (Jean) Hebert and his sister Paula (Walter) Moran. He is also survived by his grandchildren, Rachel (Kelli) Terwilliger; Erika (Ryan) Pangburn; Brendan (Dee) Marsh; Adam (Christine) Hebert; Kaitlyn and Keegan Kracke, his great-granddaughter Hannah Pangburn, great-grandson Thomas Hebert and several nieces and nephews. Funeral services will be held at a later date. The family would like to extend their appreciation to all of the staff of Our Lady of Mercy Life Center in Guilderland for all of the loving care they provided to John. Memorial donations may be made in his memory to Animal Protective Foundation, 53 Maple Ave., Glenville, NY 12302, or by going to www.animalprotective.org

Share Your Memory of
John
Upload Your Memory View All Memories
Be the first to upload a memory!
Share A Memory
Send Flowers