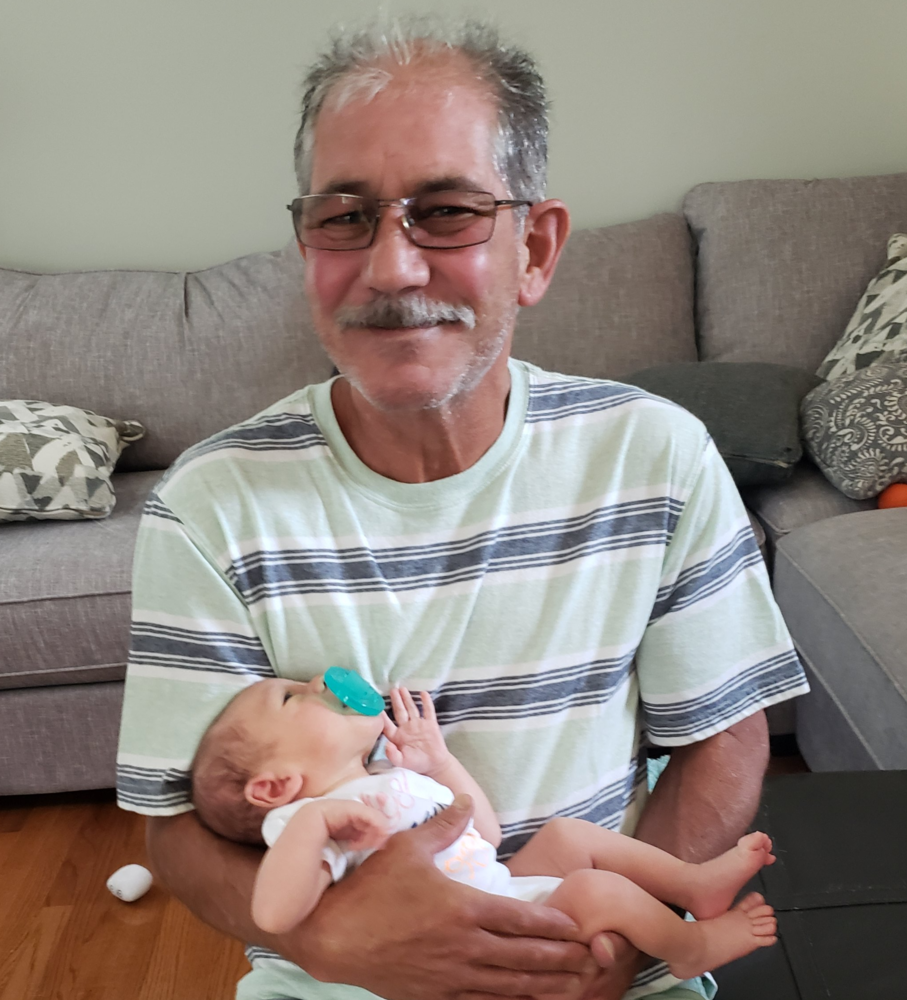 Frank “Ricky” Richard Eisenhauer II, age 59 passed away at home on Sunday, August 23, 2020. Born on February 22, 1961 in Plymouth, MA, he was the son of the late Frank and Patricia Eisenhauer. Ricky worked as a foreman for Local 29 Boilermakers out of Quincy, MA for over 30 years. He enjoyed playing disc golf, taking trips to casinos, tending to his garden, and was an avid fan of all Boston sports teams. Ricky was an easygoing, generous, fun-loving, and dedicated family man. He was always willing to lend a helping hand to anyone who needed it. His legacy will live on in the hearts of all who knew and loved him, and he will be profoundly missed. He is survived by his wife Ruth Acosta Eisenhauer, daughters Rachel (Dyllan) Beck, and Francesca (AJ) Mangino, and his siblings, Elaine Banta, Nadine Eisenhauer, Katherine Thomas, and Stephen Eisenhauer. He is also survived by his beloved grandsons Reece Franklin Beck and Anthony “Nino” Richard Mangino, and his extended Eisenhauer and Acosta families. Calling hours will be held on Friday, August 28th from 11 a.m. to 12:30 p.m., with a service at 12:30 p.m. at the Catricala Funeral Home Inc., 1597 Route 9 in Clifton Park. In lieu of flowers, donations may be made in his memory to ASPCA.org *picture is of Frank "Ricky" Richard Eisenhauer II holding his first grandson Anthony "Nino" Richard Mangino.
Friday
28
August

Share Your Memory of
Frank "Ricky" Richard
Upload Your Memory View All Memories
Be the first to upload a memory!
Share A Memory
Send Flowers