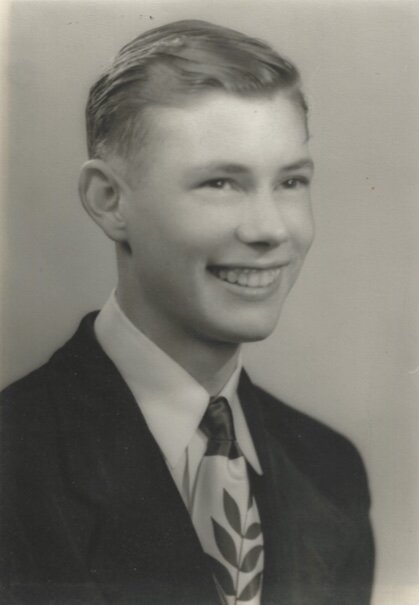 Please share a memory of Lawrence to include in a keepsake book for family and friends.
View Tribute Book

Lawrence W. “Larry” DeVoe, age 89 of Halfmoon passed away peacefully at home on Thursday, November 25, 2021. Born on August 23, 1932 in Halfmoon, he was the son of the late Merritt and Margaret Hatlee DeVoe. He was predeceased by his wife Ava “Vaughn” DeVoe, his granddaughter Kristi “Nicky” Mirtschev, and his sister Norma Morris.

Larry owned and operated DeVoe’s Rainbow Orchards along with his wife for over 50 years, taking over the family farm which was founded in 1896. He enjoyed raising his family of 10 children.  He had a strong sense of service to his town and community.  Serving on the original planning commission for the Town of Halfmoon and then numerous positions until his retirement from the Town Supervisor position in December 1999.  He was a devout member of the ONDAWA Masonic Lodge for 67 years.

His life achievements are numerous and plentiful. There are four that stand out.  Marriage to his Beloved wife Vaughn.  Growing his family and his farm.  Being a part of the planning and development to grow the water infrastructure of a growing town he was honored to have the Water Treatment Facility bear his name in 2007.  In 2013 he was given the Dedicated Service Award by the Grand Lodge of Free and Accepted Masons of NYS.  It honored his years of service in working wherever he could to assist and support his brothers.

Calling hours will be held on Wednesday December 8th, from 4 to 8 p.m. at the Catricala Funeral Home Inc., 1597 Route 9 in Clifton Park. A Masonic Service will be held at 7 p.m. There will be a graveside service on Thursday at 10 a.m. in the Clifton Park Village Cemetery.

In lieu of flowers, donations may be made to the Shriner’s Hospital for Children by going to www.shrinershospitalsforchildren.org. or Folds of Honor by going to www.foldsofhonor.org

Share Your Memory of
Lawrence
Upload Your Memory View All Memories
Be the first to upload a memory!
Share A Memory
Send Flowers
Plant a Tree