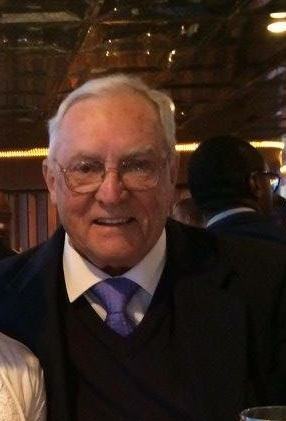 Please share a memory of Howard to include in a keepsake book for family and friends.
View Tribute Book

Howard R. Picard, age 83 of Clifton Park passed away peacefully on Tuesday, November 22, 2022. Born on November 9, 1939 in Albany, he was the son of the late William and Mary Picard. He was predeceased by his brother William Picard Jr., sister-in-law Barbara Picard, and his brother-in-law Roger Boucher.

Howard graduated from Albany Business College before enlisting in the US Navy where he served 4 years of active duty and 2 years in the active reserves. He worked for IBM for 12 years before finishing his career as the Director of IT and Business Planning for the SI Group in Schenectady for 30 years. Howard and his wife were very active members of St. Mary’s church in Crescent.

A calling hour will be held on Monday, November 28 from 10 to 11 a.m. at St. Mary’s Church in Crescent, 86 Church Hill Rd., in Halfmoon, with a funeral Mass following at 11 a.m. Burial will be in Saratoga National Cemetery at 1 p.m.

Share Your Memory of
Howard
Upload Your Memory View All Memories
Be the first to upload a memory!
Share A Memory
Send Flowers